Dr. Rainer Glaser, chair and professor of chemistry, recently received a certificate for “excellence in peer reviewing” from the Petroleum Research Fund of the American Chemical Society.

Dr. Julia Medvedeva, professor of physics at S&T, contributed to a research paper recently published by the Journal of the American Chemical Society on novel phase-change material that exhibits polyamorphism — a transition between two distinct amorphous states. 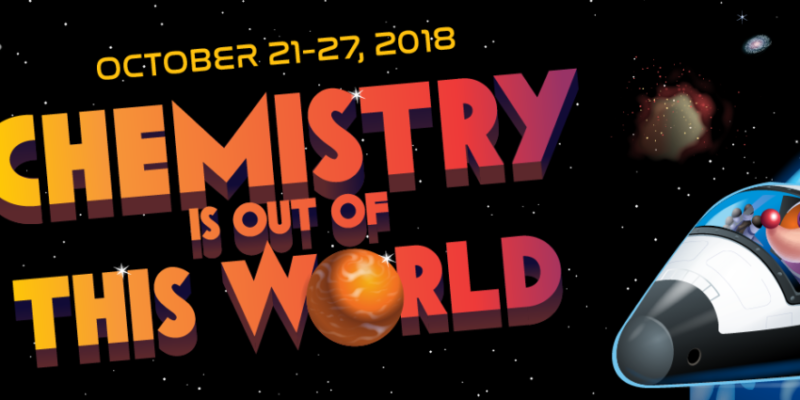 Bring your kids to chemistry celebration

The South Central Missouri local section of the American Chemical Society (ACS) will host an event at S&T to celebrate National Chemistry Week. The public is invited to the event 1-4 p.m. Saturday, Oct. 27, in Schrenk Hall. Attendees can participate in hands-on experiments from 1 to 3 p.m., which are designed for students in grades 4-8.

Dr. Angela Lueking, a professor of energy and mineral engineering and chemical engineering at Pennsylvania State University and a recent program director at the National Science Foundation, is joining Missouri S&T as associate dean of research in the College of Engineering and Computing starting Aug. 1. 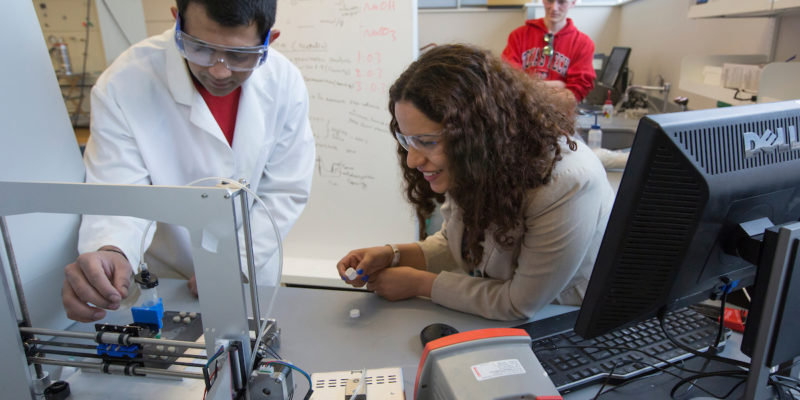 An S&T faculty member and undergraduate student are co-authors on the paper, “The Effect of Surface Chemistry on the Fluorescence of Detonation Nanodiamonds,” published Oct. 31 in an American Chemical Society journal, ACS Nano.

Dr. Henry “Dr. Si” Sineath, a retired S&T faculty member and longtime Rolla resident, died Oct. 8, in Anderson, South Carolina. He was 95. After 25 years in industry, Sineath joined Missouri S&T in 1976 as a visiting professor of engineering management. During his tenure at S&T, he established the university’s packaging program, served as its director and endowed a fund to provide continued support for the program. In 1981, Sineath became the second chair of engineering management, following founding department chair Dr. Bernard Sarchet. He retired as professor emeritus in 1986. 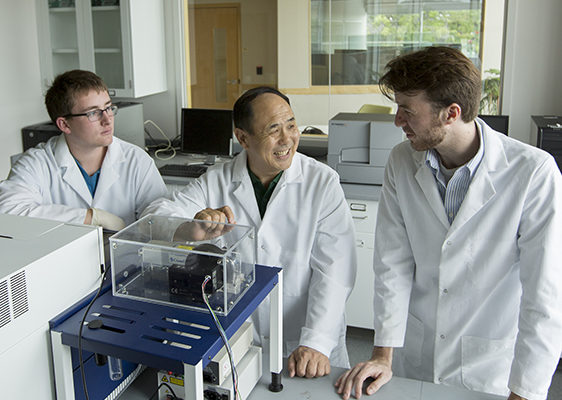 The American Chemical Society (ACS) named Dr. Yinfa Ma, Curators’ Distinguished Teaching professor of chemistry, to the 2017 class of ACS fellows. The list includes 65 scientists who have demonstrated outstanding accomplishments in chemistry and have made important contributions to ACS, the world’s largest scientific society. The 2017 fellows will be recognized at a ceremony and reception Monday, Aug. 21, during the society’s national meeting in Washington, D.C. Read more.