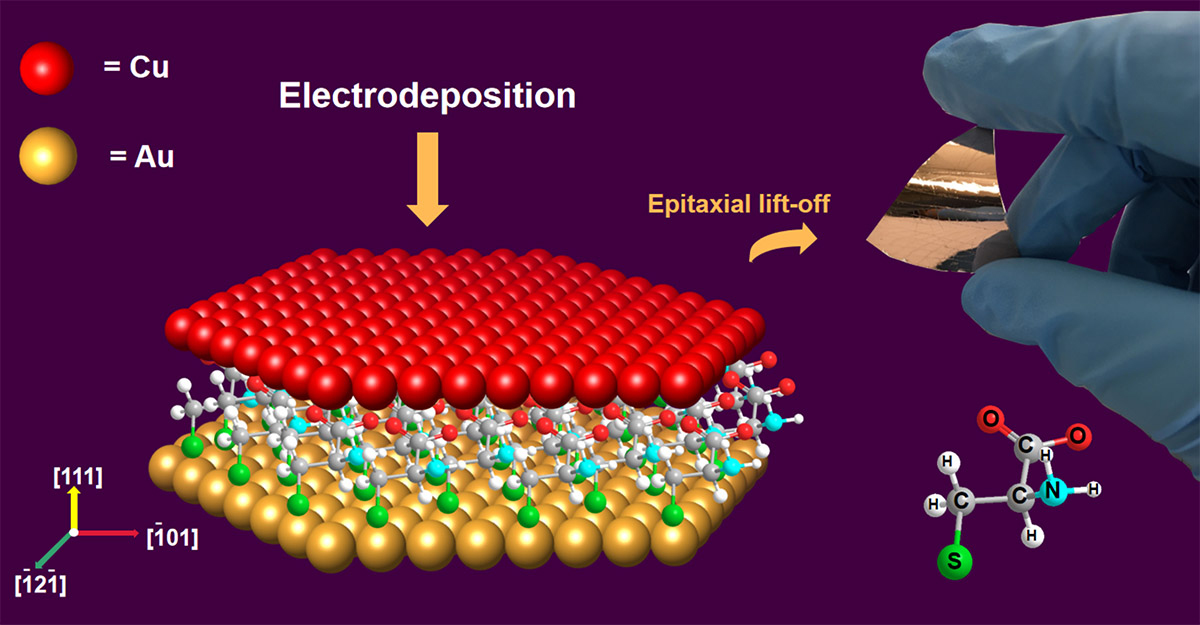 Missouri S&T researchers have discovered the importance of the cysteine molecule, an amino acid, in directing the growth of crystalline structures. The research team includes the following electrochemical materials science researchers:

With a method that mimics biomineralization, the team produced inorganic copper thin films with superior high conductivity and flexibility. Although other researchers have electroplated thin films onto self-assembled monolayers of organic molecules, those films lacked the in-plane and out-of-plane order of the films this team produced.

Their findings are published in the Oct. 2 edition of the American Chemical Society’s Journal of Physical Chemistry C. The paper is titled “Epitaxial Electrodeposition of Cu(111) onto an L-cysteine Self- assembled Monolayer on Au(111) and Epitaxial Lift-off of Single-crystal-like CuFoils for Flexible Electronics.

Other research by Switzer, Banik and Bohannan was published in September in the American Chemical Society’s journal, Chemistry of Materials in the study, “Epitaxial Electrodeposition of BiI3 and Topotactic Conversion to Highly Ordered Solar Light-Absorbing Perovskite (CH3NH3)3Bi2I9.”

The researchers show that two metal halide semiconductors that are being considered for a new generation of solar cells can be electrodeposited by simple solution processing methods. Switzer says because both materials are solar light absorbers, the highly ordered films they produced in the experiments should produce solar cells with high efficiencies.

On October 6, 2020. Posted in Accomplishments