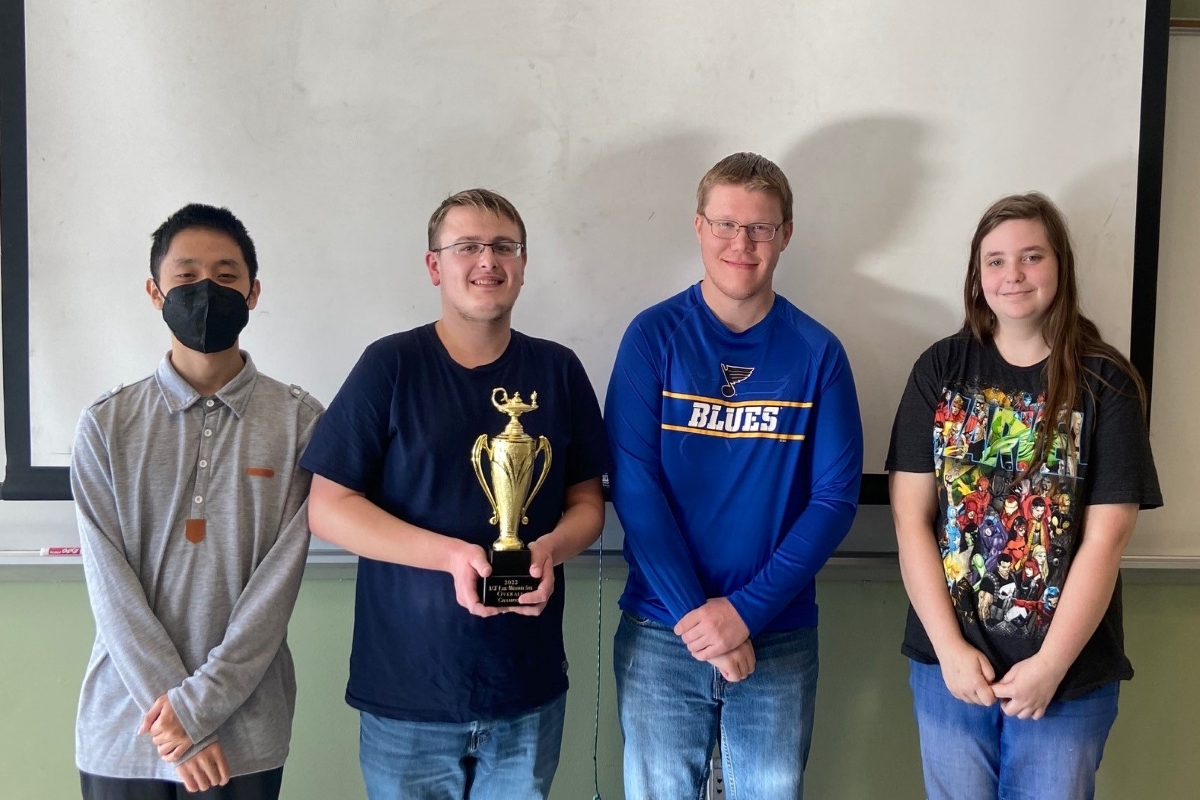 On Oct. 15, two teams of students from Missouri S&T’s Academic Competition Organization participated in the 2022 Academic Competition Federation fall tournament held at the University of Missouri-Columbia. The S&T teams competed in 12 rounds against seven universities, including the University of Illinois, University of Nebraska, Washington University, MU, St. Louis Community College-Meramec, Kansas State University and Saint Louis University. The A Team from S&T placed first with a record of 11-1. Individually, three students placed in the top 10 during the preliminary rounds: Garrett Blum placed fourth with 55.71 points per game (PPG), Ethan Paxson placed eighth with 40 PPG, and Jason Xu placed tenth with 39.29 PPG.

Students on the A Team included:

Students on the B Team included:

On November 1, 2022. Posted in Accomplishments