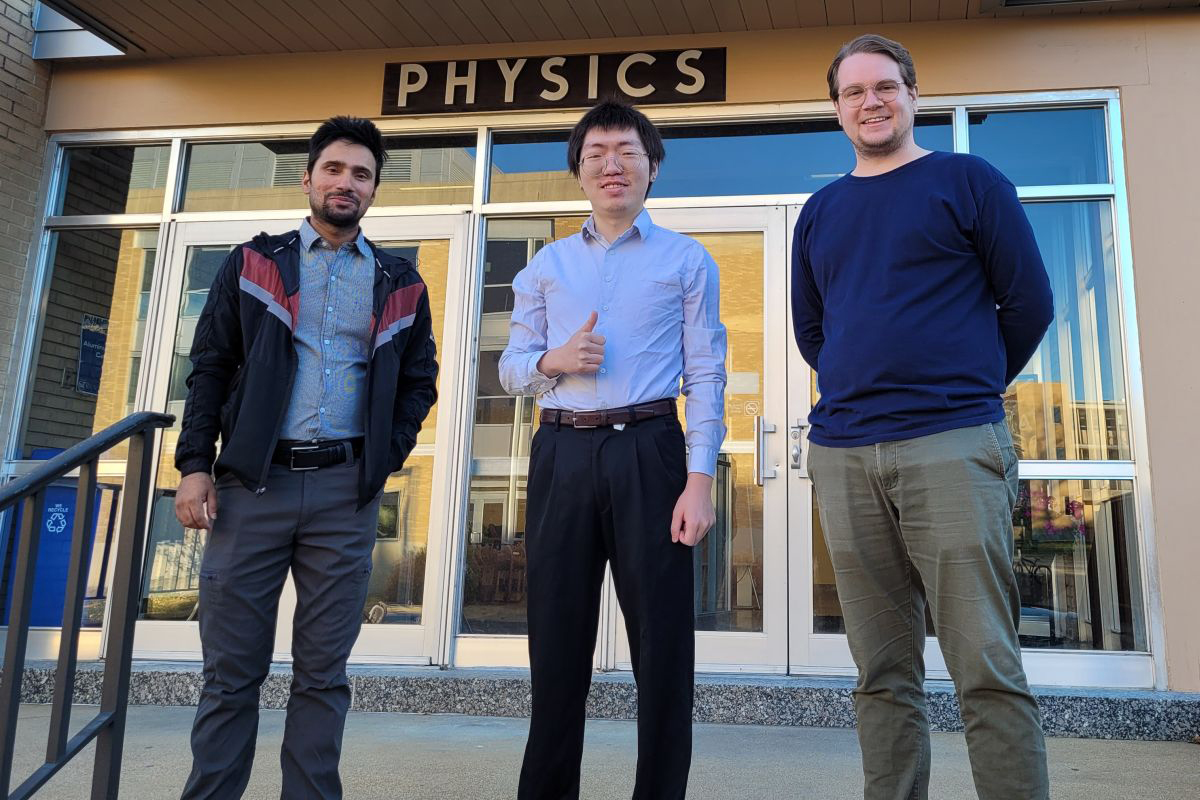 Sujan Bastola, Xuecheng Ye and Jack Crewse, shown left to right, are the winners of the 28th annual Schearer Prize for graduate research. It is held in memory of Laird D. Schearer, the department’s first Curators’ Distinguished Professor of Physics, and rewards graduate students for outstanding research performed during the course of their graduate study.

Crewse won the first prize for his research titled “Localization of the Higgs mode near the superfluid-Mott glass quantum phase transition.”

Xuecheng Ye was awarded a second prize for his work titled “Stripe order, impurities, and symmetry breaking in a diluted frustrated magnet.”

On December 7, 2021. Posted in Accomplishments