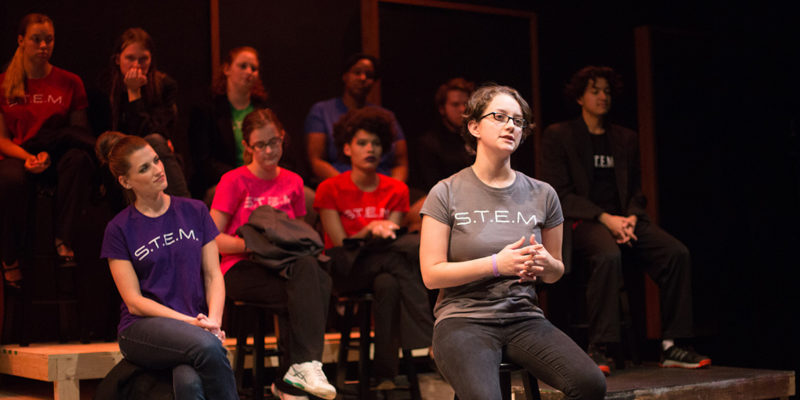 Awards go to Stanley for The STEM Monologues

Jeanne Stanley, associate professor of theater and writer and director of The STEM Monologues, a play depicting the challenges women face in male-dominated fields, received two awards on Nov. 28 from Region 6 of the Kennedy Center American College Theater Festival.