Awards go to Stanley for The STEM Monologues

The Miner League Theatre Players perform The STEM Monologues, a play of personal stories from women in STEM fields from around the country on Nov. 6, 2017.
Jesse Cureton / Missouri S&T 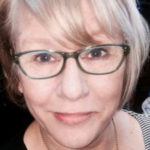 Jeanne Stanley, associate professor of theater and writer and director of The STEM Monologues, a play depicting the challenges women face in male-dominated fields, received two awards on Nov. 28 from Region 6 of the Kennedy Center American College Theater Festival.

The Kennedy Center American College Theatre Festival is a national organization that celebrates the educational and creative process of college theater, honoring achievements in diversity and excellence. A respondent from the festival attended a performance of The STEM Monologues and recommended the awards, which are for:

At this time, Stanley is preparing her script for publication.