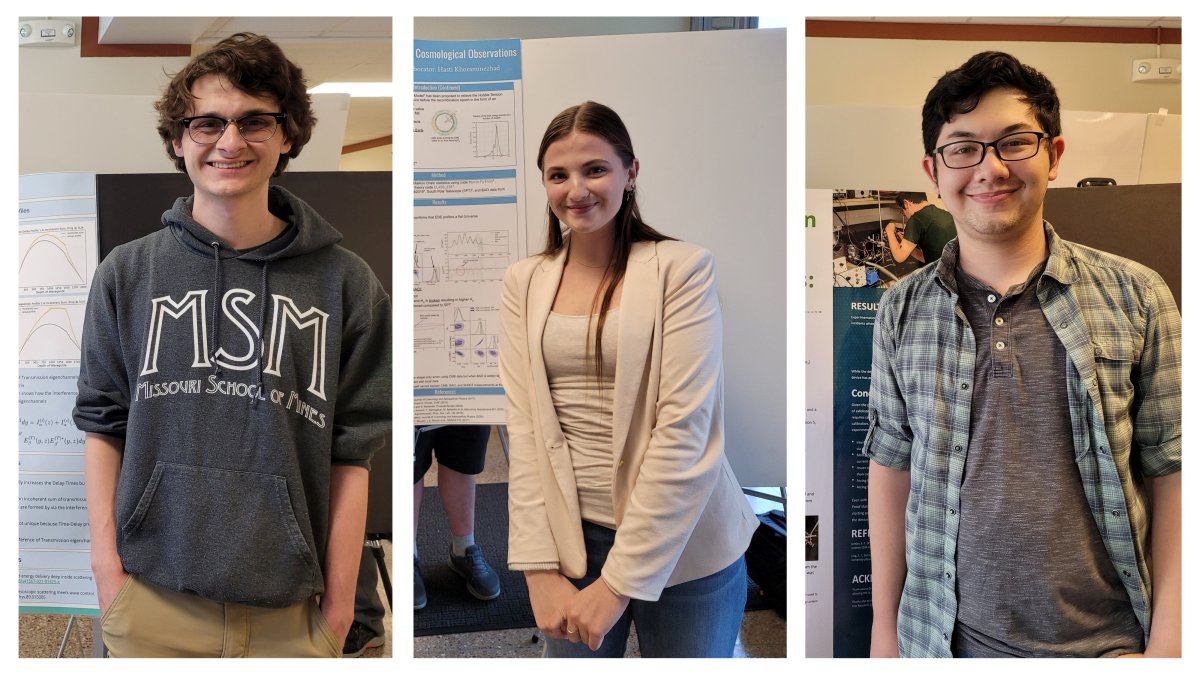 Three undergraduate students in physics are the winners of the 2022 Fuller Prize Competition for Undergraduate Research.

The first prize went to Jordan Stevens for her project titled “Early Dark Energy in Light of Precise Cosmological Observations.” Her advisor was Dr. Shun Saito, assistant professor of physics.

The second prize went to Charles Kropp for his project titled “Investigation of Time-Delay, Transmission, and Deposition Eigenchannels.” His advisor was Dr. Alexey Yamilov, professor of physics.