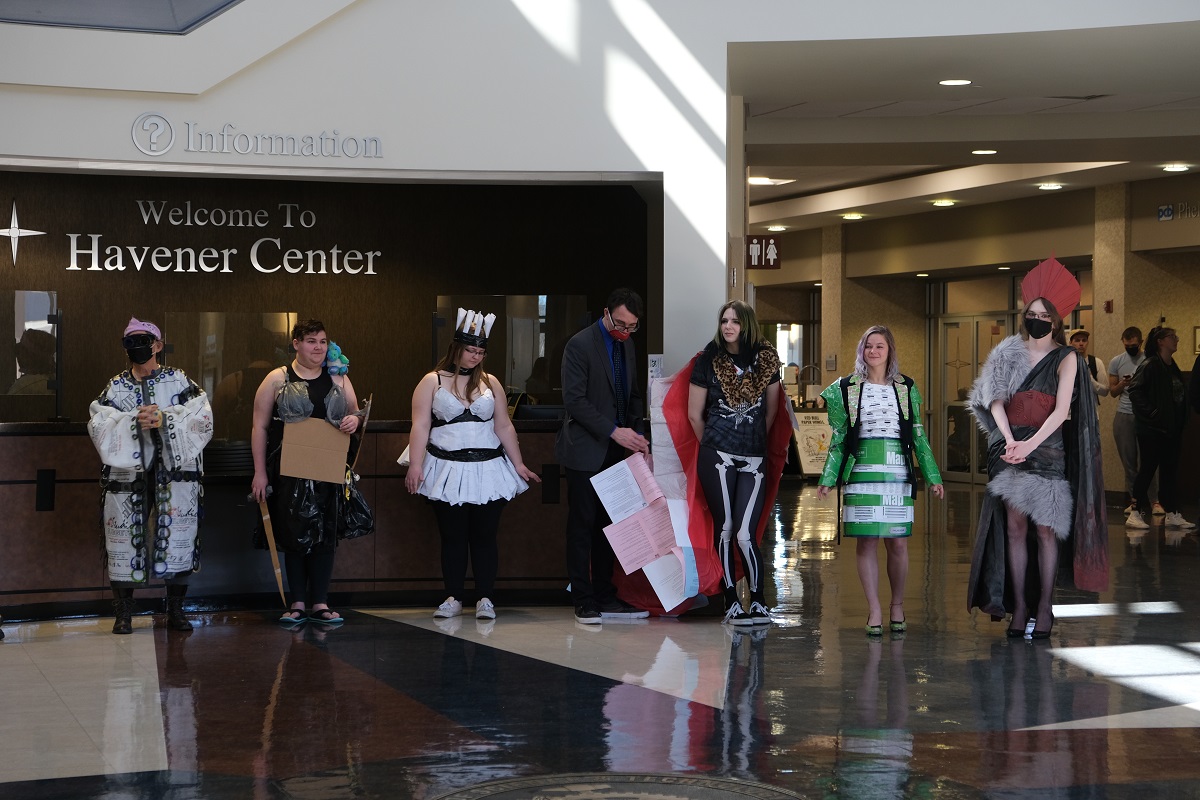 Students line up to await the judges’ decision for the winners of the first annual ‘Trashion’ show. Photo by Andreas Ellinas

The Center for Arts and Innovation called for students to get creative by transforming recyclables into clothing for its first annual “trashion” show on Tuesday, March 1. The competition brought together interdisciplinary student teams to showcase garments they designed and constructed of at least 90 percent reused and recycled materials. The competition was judged by S&T alumna Diana Butrus, chief operating officer of Diba shoes and College of Arts, Sciences, and Business advisory board member, and Dr. Patrick Gamez, assistant professor of arts, languages and philosophy.

The $500 first-place prize went to “We’ve seen enough green.” The team came up with a gender-neutral design without any green in it to reflect concerns about climate change. Second-place prize of $250 was awarded to a team named COER, in reference to the career opportunities and employer relations office, which also won the People’s Choice award. The COER design featured media from the office including a shirt made from nametags and a skirt made from campus maps, all discarded at the February career fair. Third place was awarded to Gaffers’ Guild for a design of a jumper made from shipping bag materials and used scrap glass.

The winning designs are on display at the S&T library.