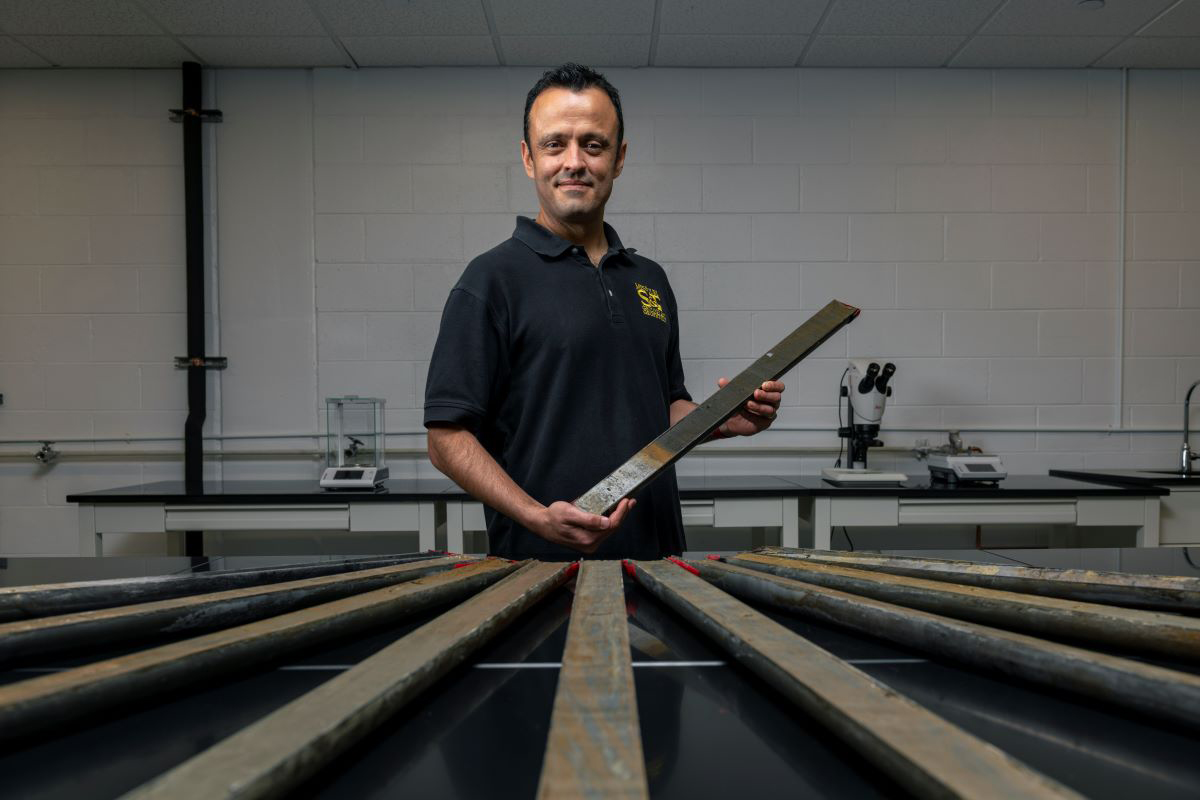 The five-year, $720,000 award will support Obrist-Farner’s study of sediments from lakes in Guatemala to determine when earthquakes occurred. He says that a particular type of sediment forms when there are earthquakes, so his team will collect 10-meter sediment cores to attempt to identify those specific types of sedimentary features and date them through carbon-dating. The information could be used to determine how often earthquakes have happened along the plate boundary and possibly predict future earthquakes.

The NSF CAREER award supports junior faculty who exemplify the role of teacher-scholars through their outstanding research and education contributions. This recognition ranks Obrist-Farner among the best early career researchers across the U.S.

This is the second CAREER Award for GGPE faculty in two years. Dr. Marek Locmelis received the award last year.