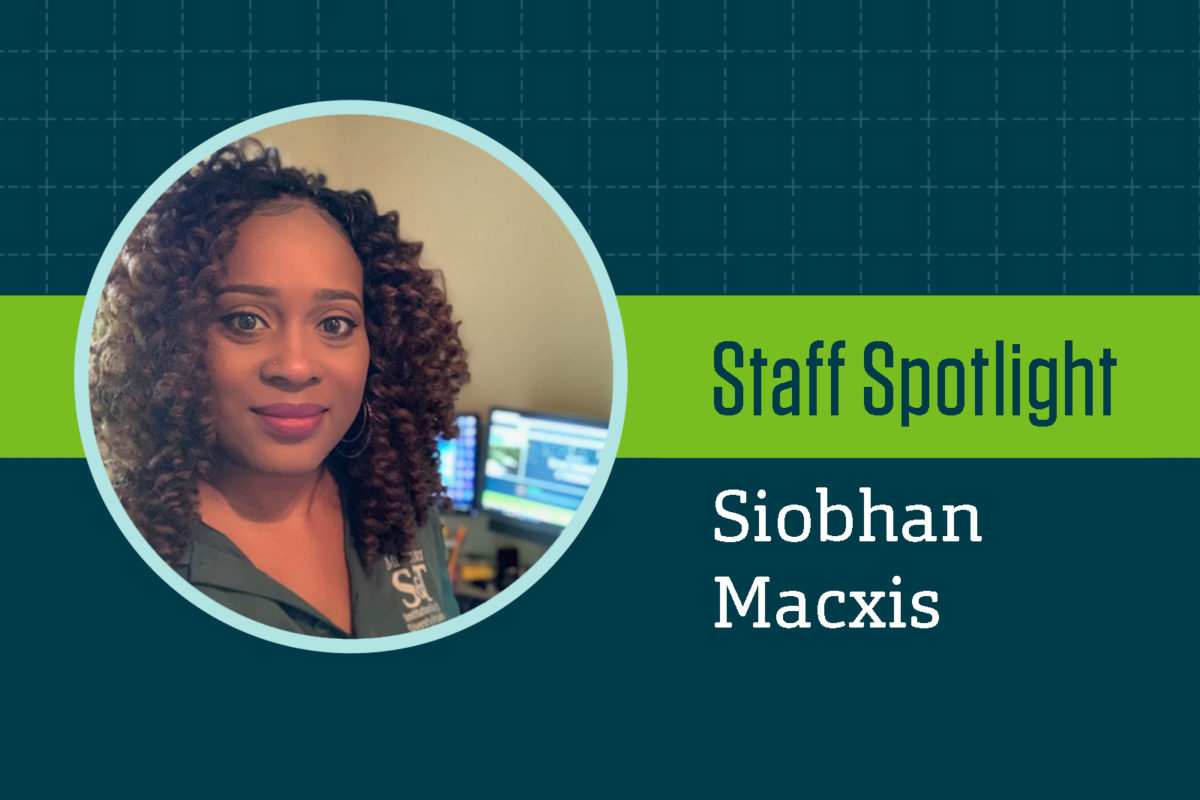 Siobhan Macxis was not only raised in a military family but has also helped military families. Prior to joining S&T’s staff in 2015, she assisted military members and their families through the process of becoming U.S. citizens.

“During that time, I developed an appreciation for the sacrifices people make when they decide to migrate to the U.S.,” she says. “I learned how to collaborate with outside organizations and developed skills in advocating for others. These experiences and accomplishments empowered me to pursue a rewarding career in equity and diversity work.”

As a compliance manager and intake officer for Equity and Title IX at S&T, Siobhan conducts the initial intake of individuals with complaints and concerns. She serves as the “second in the room” as claims are investigated, collects and preserves evidence, ensures the investigative team’s actions comply with the university’s rules and regulations, and coordinates accommodations for those affected by a Title IX or equity incident.

“What I enjoy the most about working at S&T is working for such a supportive department and a community that genuinely cares about inclusivity and celebrates diverse culture,” she says.

Siobhan At a Glance

Favorite S&T memory: “The first time I attended Celebration of Nations,” she says. “I loved to see how S&T and the Rolla community came together as one to celebrate cultures from across the world.”

People are surprised to learn: Siobhan was born in Nuremberg, Germany, and spoke German and English for the first five years of her life. Her name is Irish (pronounced shuh-VAHN), and she was named after a character on the 1980s soap opera “Ryan’s Hope.”

On May 20, 2020. Posted in Announcements, Staff Spotlight