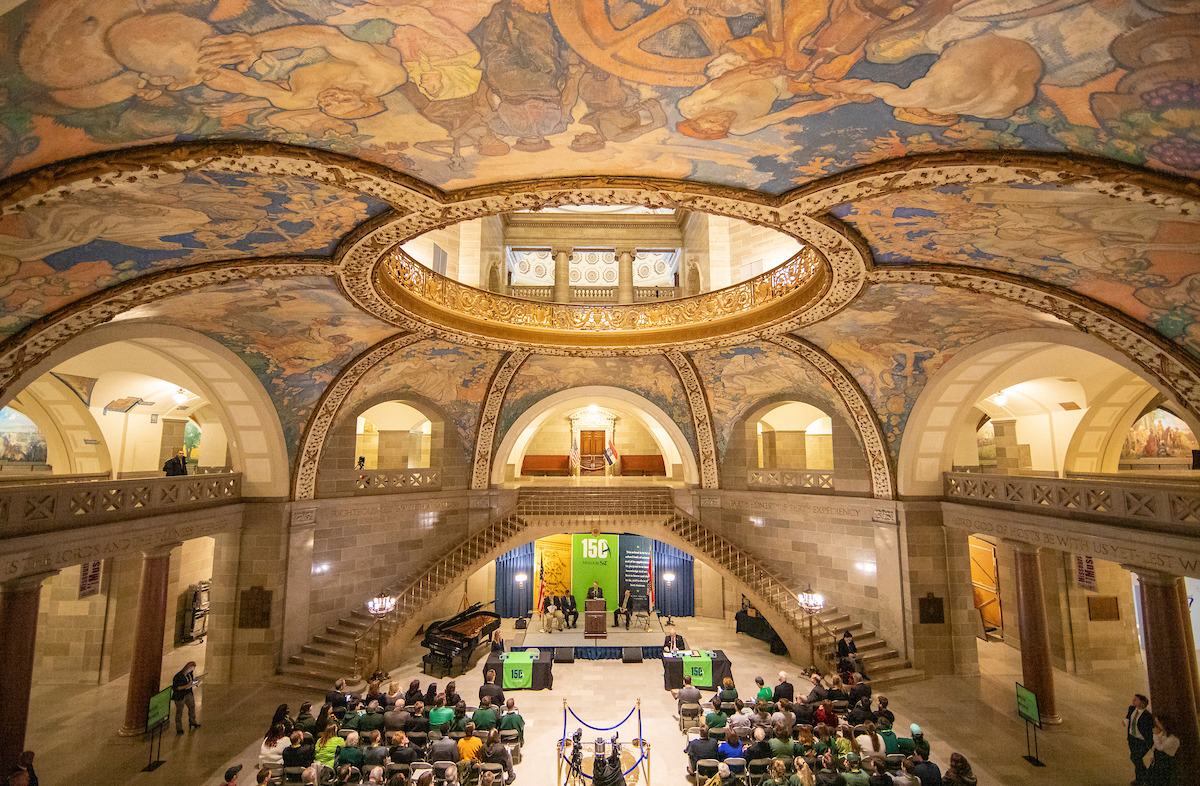 Watch this video for a recap of the day’s events.

Speakers talked about what S&T means locally and globally.

“During the past 150 years, I can’t think of a university that had more of an impact in the scientific and engineering breakthroughs that fuel the economy and Missouri,” says Dr. Mun Choi, president of University of Missouri System.

“S&T has a wonderful heritage of excellence but our best days are ahead of us yet,” says Dr. Mo Dehghani, chancellor of Missouri S&T.

“Our university knows that when they give us the tools and the resources, we will beat and exceed expectations every single time,” Kessinger says. “Our students can only excel because we have extraordinary mentors to propel them forward.”

To celebrate our 150th anniversary, on-campus kickoff of events are planned during S&T’s Homecoming Weekend Oct. 16-18, and events will continue through November 2021, which will mark the 150th anniversary of the first day of classes at Missouri S&T.