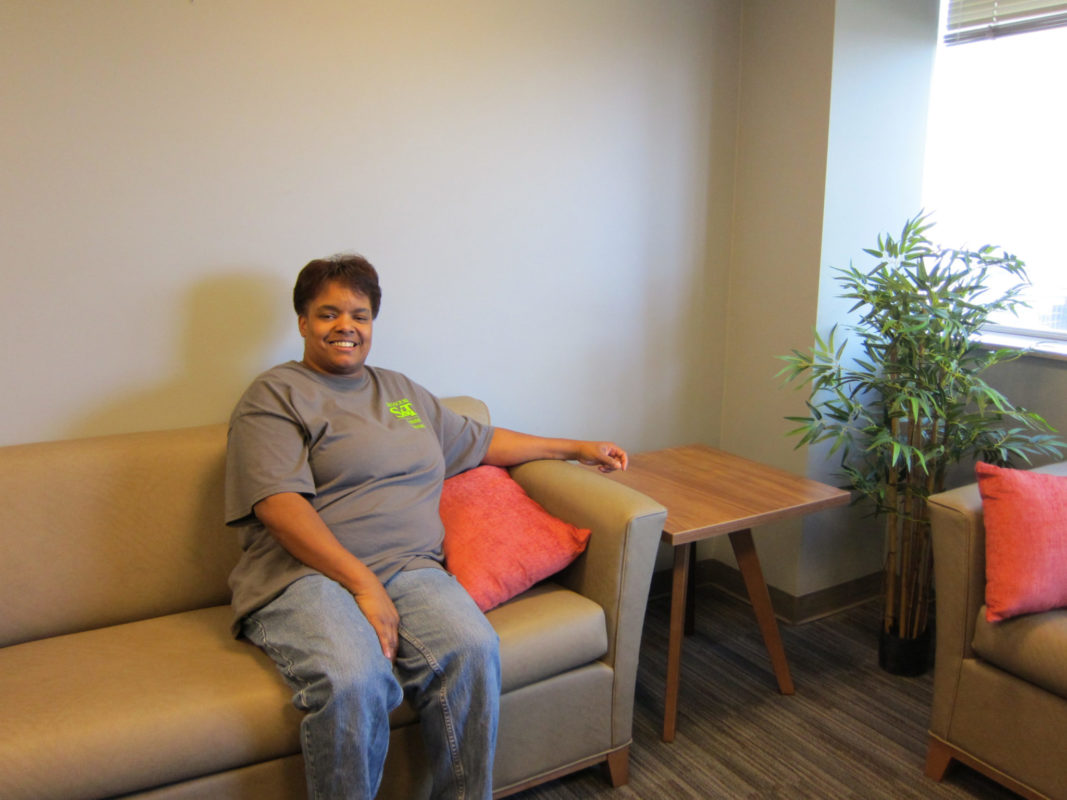 Tina Fuller, a custodian at S&T, works in Emerson Hall.

Tina Fuller, a custodian at S&T, would like to follow in the footsteps of the person who hired her, Maxine Hoffman, and retire after a long career at S&T.

While Tina isn’t looking to serve quite as long as Maxine, who worked here 36 years before retiring in 2013 — Tina’s tenure is already in the double digits. She joined the university’s custodial services staff part time in 2001 and then became full time in 2007.

“I don’t think of it as a job,” Tina says. “I get to drink coffee and talk to people I like every day.”

Tina is assigned to the second floor of Emerson Hall, responsible for cleaning the floor’s classrooms, laboratories, offices and restrooms. The building is home to S&T’s electrical and computer engineering departments.

“The people here are what makes S&T amazing,” Tina says. “I get to know everybody and see students and they become like my children. Then when graduation time rolls around it’s like, ‘my kids are graduating.’

Speaking of kids graduating, Tina’s 18-year-old son will soon graduate from her alma mater, Rolla High School. Tina shares her home in Rolla with her son and one daughter, plus her daughter’s four sons, ages 8-15.

She admits that sharing a house with five boys can be hectic – and she enjoys any time she gets to herself to listen to music or read. One of her favorite books is American Gods by Neil Gaiman and she also enjoys novels by Terri McMillan, author of Waiting to Exhale.

Tina at a Glance

Most proud of: Children and grandchildren

Family: Two daughters and one son, four grandsons. One daughter lives in St. Louis and the other children live in Rolla.

Pets: One dog (a Chihuahua), one cat and a hamster named Flash

Advice to other employees: “Stick with it and work hard. S&T is a great place to work.” 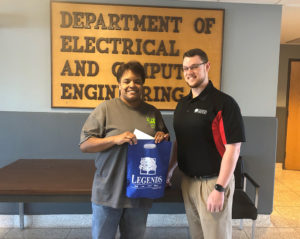 On May 2, 2019. Posted in Announcements, Staff Spotlight