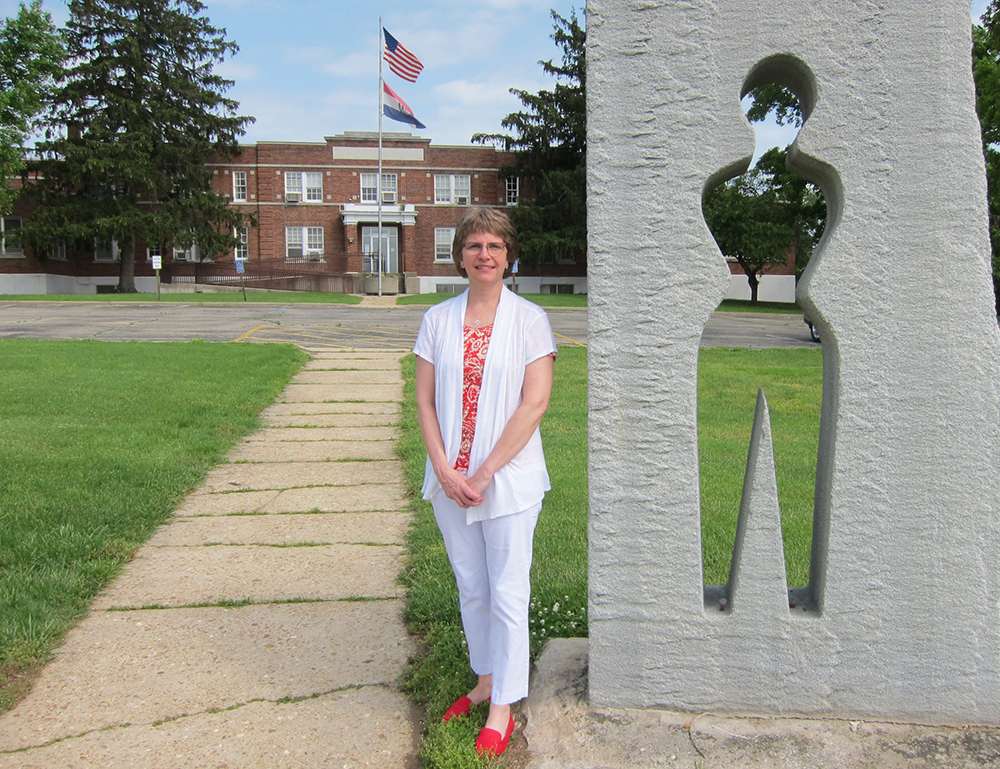 Stacey Fuller, an administrative assistant for S&T’s Rock Mechanics and Explosives Research Center, enjoys getting to know students at the center.

Each semester, approximately 50 students perform research in rock properties and geomechanics, explosions and material fragmentation, or mining support engineering at the building on Kingshighway. Some of the services offered at the center include waterjet cutting, 3-D printing, geophysical imaging and rock testing.

Stacey’s duties include helping students get what they need for their work, such as office space, computer assignments, printing access and keys. She also maintains department calendars, schedules classrooms and conference rooms, orders supplies for the department and creates grant reports for researchers. Stacey also schedules the Fort Leonard Wood classes held at the center and makes arrangements for campers in the Jackling Introduction to Engineering camp on the days they visit the research center.

“My favorite memory is when I volunteered to help with the Expanding Your Horizons conference,” she says. “It is great working with seventh- and eighth-grade girls and seeing their interest in attending S&T someday.”

Stacey is no stranger to S&T. She and her husband, Kevin, were both born and raised in Rolla. Kevin’s job at JCPenney took them to the chain’s corporate headquarters in Plano, Texas, where they lived for 21 years. A few years ago, they were able to move back to Rolla, where their parents and several other relatives live.

Stacey now works in a Rolla building with a unique history. The red brick building on Kingshighway opened in 1939 as the Missouri State Trachoma Hospital for patients with an eye disease named trachoma. At that time, the disease was the leading cause of blindness. In 1957 – when an effective treatment became widely available – the building was turned over to the Missouri State Highway Patrol for a training school. The building was next used for the Missouri Department of Natural Resources until a DNR building was built on Fairgrounds Road. In the 1960s, the Dr. George Clark at S&T established the Rock Mechanics and Explosives Research Center. It was first housed in the Buehler building on Rolla Street before moving into its current location.

Stacey at a Glance

Advice to other S&T employees: “Work hard and enjoy every day that you have. S&T is a great place to work and offers great benefits.”

Favorite accomplishment: “My greatest accomplishment would be my family. I am very blessed that I have been married for 25 ½ years and have a great son who is a wonderful person.”

On May 28, 2019. Posted in Announcements, Staff Spotlight