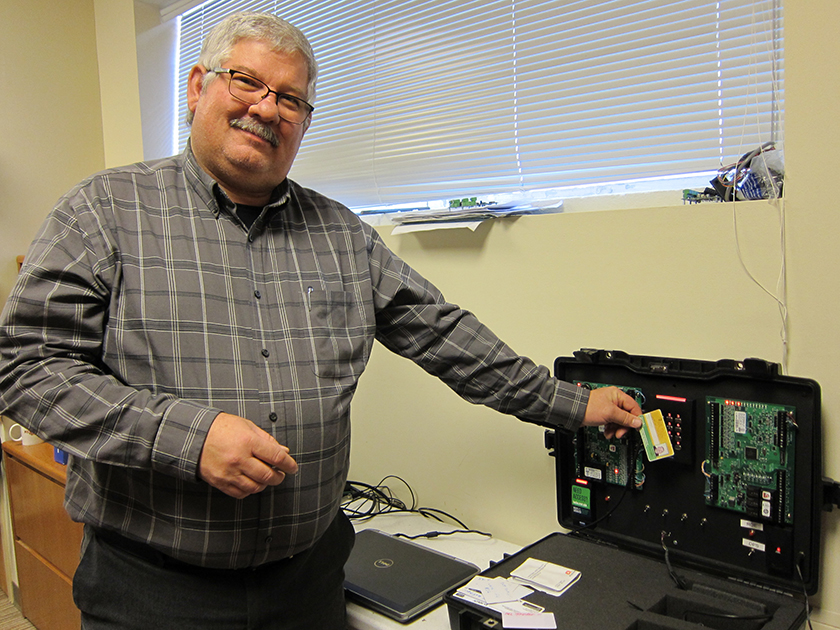 Mark Leathers demonstrates how he uses a test case to check an ID for door access from his office in S&T’s General Services Building.

In his 26 years as a police officer and working various second jobs, coworkers knew Mark Leathers as an unofficial “IT person” or “camera guru” or “computer-fixer guy.” Since joining Missouri S&T three years ago, Leathers has put those skills to work in an official role: access control specialist.

“I love my job,” Leathers says. “I really enjoy the people at S&T. Everyone is great to work with and for.”

Since joining S&T’s design, construction and space management department in January 2016, Leathers developed and implemented an electronic lock system on campus. If you use your ID card to get into your office or a building, Leathers is behind that system.

And while he oversees the system, Leathers says it takes several campus partnerships to make it run smoothly. He works with the Miner ID office staff to grant people proper access, and building trades staff members to install equipment and IT staff members to synchronize data, just to name a few partnerships.

“Electronic card access is state-of-the-art when it comes to locks, and we incorporate it with the security camera system monitored by University Police,” he says. “It is a very useful security tool and parents love it when they bring their kids here and see the safety measures we have at S&T.”

Something to buzz about 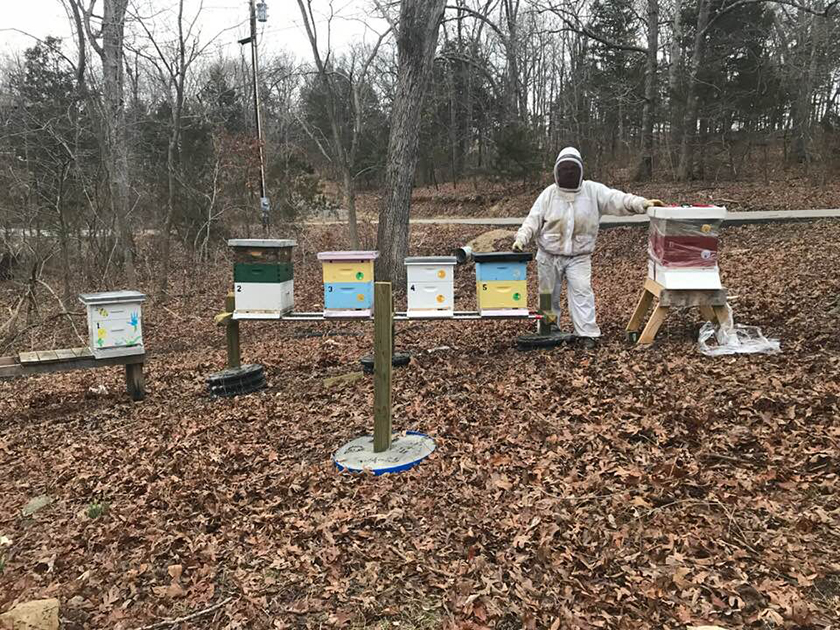 Not one to sit still, Leathers keeps busy outside of work, too. Last year he collected 110 pounds of honey from his beehives. He hopes to double that this year as well as double his number of hives from five to 10.

As a child, he admired a neighbor who kept bees but it wasn’t until his daughter recommended local honey to help with his grandchildren’s allergies that he decided to become a beekeeper. He went to a local class and joined the Mid-Missouri Beekeepers Association in St. James with his 12-year-old granddaughter.

“It’s the coolest thing I’ve ever done,” he says.

Mark at a glance

College: Associate’s degree in industrial electronics from the Cleveland Institute of Electronics

People are surprised to learn: Mark has an identical twin brother who lives in Iowa