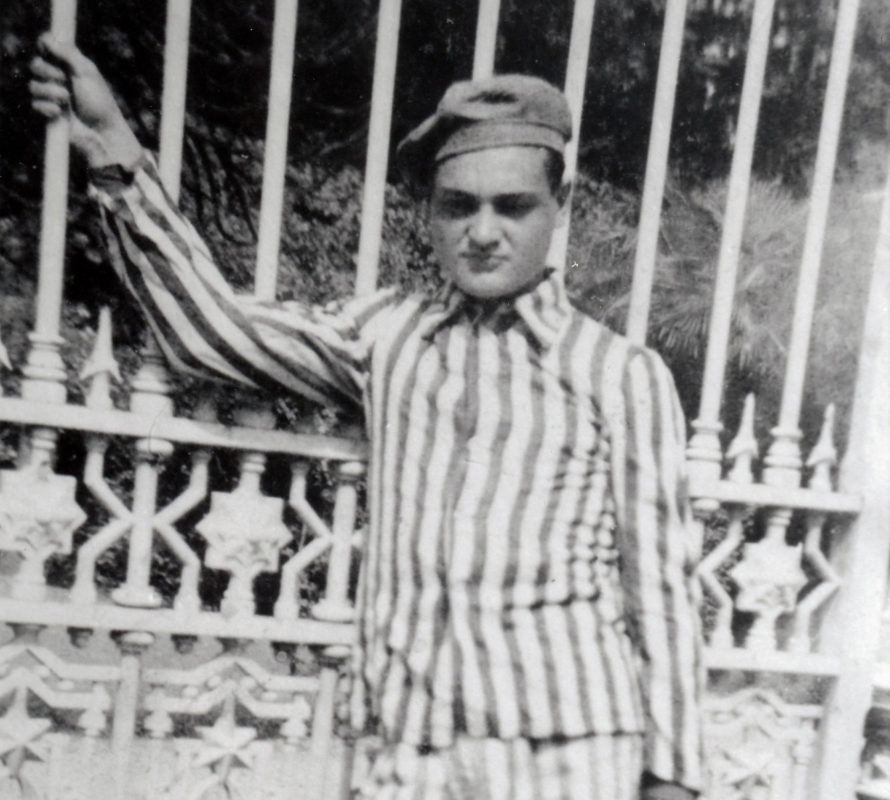 Dr. Simon Bronner will present a talk about his family’s personal Holocaust story and share rare photos, including this picture of Bronner’s relative Arthur Bornstein.

You’re invited to learn about the Holocaust through various events at S&T today (Monday, Jan. 28), in conjunction with International Holocaust Remembrance Day. A “pop-up museum” with information on various aspects of the Holocaust will be on display in the Havener Center Atrium throughout the day. Dr. Simon Bronner will present a talk about his family’s personal Holocaust story, “From Auschwitz to America: A Family Saga of the Holocaust” at 3 p.m. in Room 103 Engineering Management Building.

Accompanied by rare photographs, Bronner will tell the story of his family, whose Holocaust saga begins with residence in Oswiecim, Poland, now known more commonly as Auschwitz.

Bronner is Missouri S&T’s Maxwell C. Weiner Distinguished Visiting Professor of Humanities for the 2018-2019 academic year. He is a Distinguished Professor Emeritus of American Studies and Folklore at The Pennsylvania State University at Harrisburg.

In 2018, he received the American Folklore Society’s Lifetime Scholarly Achievement Award. He is the author or editor of more than 30 books, including several on Jewish studies topics: Jews at Home: The Domestication of Identity; Greater Harrisburg’s Jewish Community; and Jewishness: Expression, Identity, and Representation.

The United Nations General Assembly designated January 27, which is the anniversary of the liberation of Auschwitz-Birkenau, as International Holocaust Remembrance Day. On this annual day of commemoration, the UN urges every member state to honor the
6 million Jewish victims of the Holocaust and millions of other victims of Nazism and to develop educational programs to help prevent future genocides.