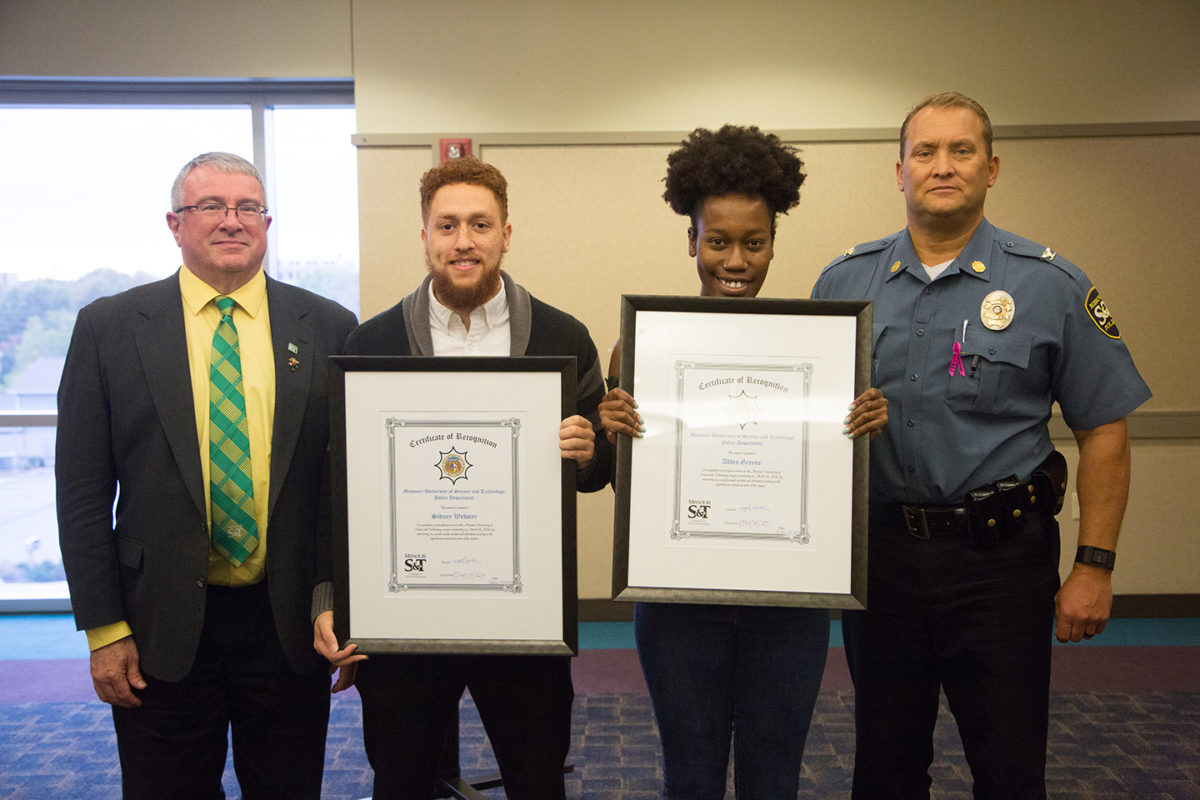 Doug Roberts, chief of University Police, recognized two students at a ceremony on Oct. 24 for their heroic actions in helping a victim and ending a sexual assault. Roberts presented Addis Greene, a senior in computer engineering, and Sidney Webster, a senior in computer science, with plaques and Missouri S&T STEP UP! Pins.

On March 16, 2016, the two students were at an apartment complex when they heard screams and cries coming from a neighboring apartment. Not knowing what they would encounter but compelled to help, they went into the victim’s apartment. She was inside with an attacker, who attempted to flee from the students. Greene called the police and Webster tried to restrain the attacker. The attacker broke away and fled the scene. Greene stayed with the victim while Webster pursued the attacker. University Police and Rolla Police officers responded to the call. With the help of the students, officers were able to find, identify and arrest the suspect. He pled guilty to attempted rape and first- degree burglary in court on Sept. 8 and was sentenced to 15 years in prison. Read more.

On November 7, 2017. Posted in Accomplishments