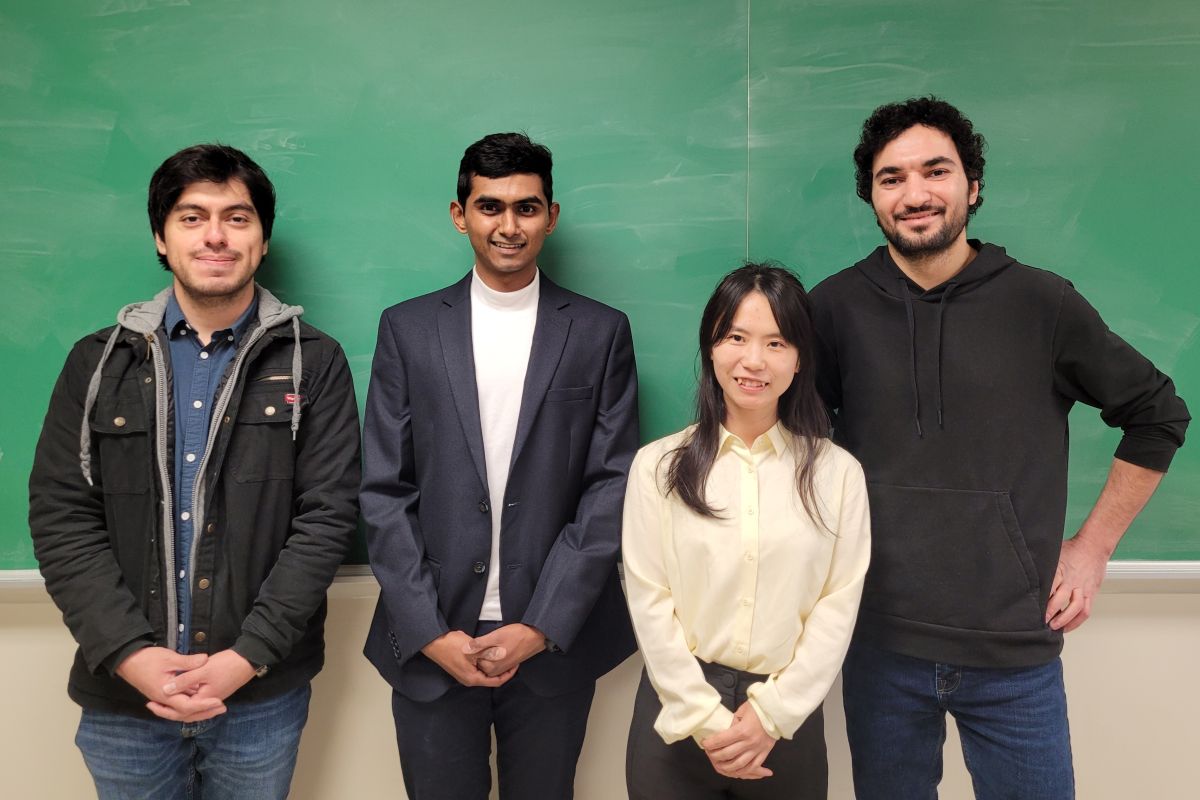 Jose Nicasio, Gaurav Khairnar, Yanyan Zheng and Ali Sarikhani, shown from left, are winners of the 29th annual Schearer Prize for graduate research. It is held in memory of Laird D. Schearer, the department’s first Curators’ Distinguished Professor of Physics, and rewards graduate students for outstanding research performed during the course of their graduate study.

On January 3, 2023. Posted in Accomplishments