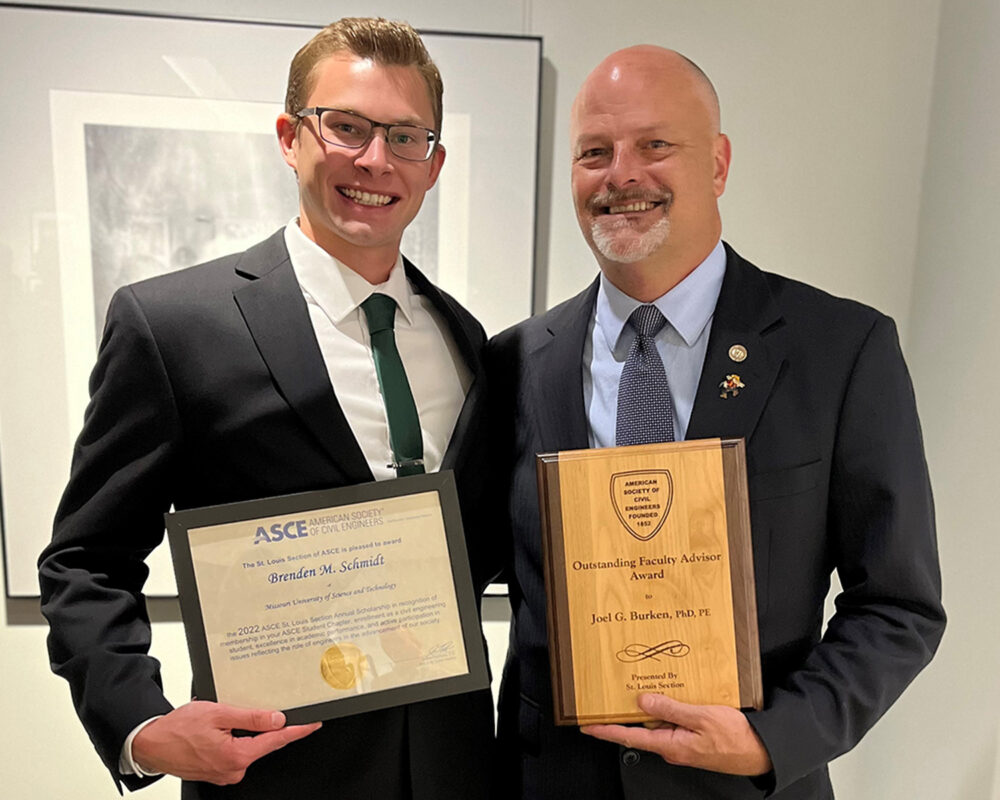 Brendan Schmidt, a senior in civil engineering, received a St. Louis Section Scholarship for his academic accomplishments as well as his contributions to ASCE. Brendan has been president of the ASCE-AISC Steel Bridge team at S&T for two years. Under his leadership, the team maintained its dominance with a fourth consecutive Mid-American championship. In addition, the team finished 13th internationally this year, its highest finish in over a decade.

On November 1, 2022. Posted in Accomplishments