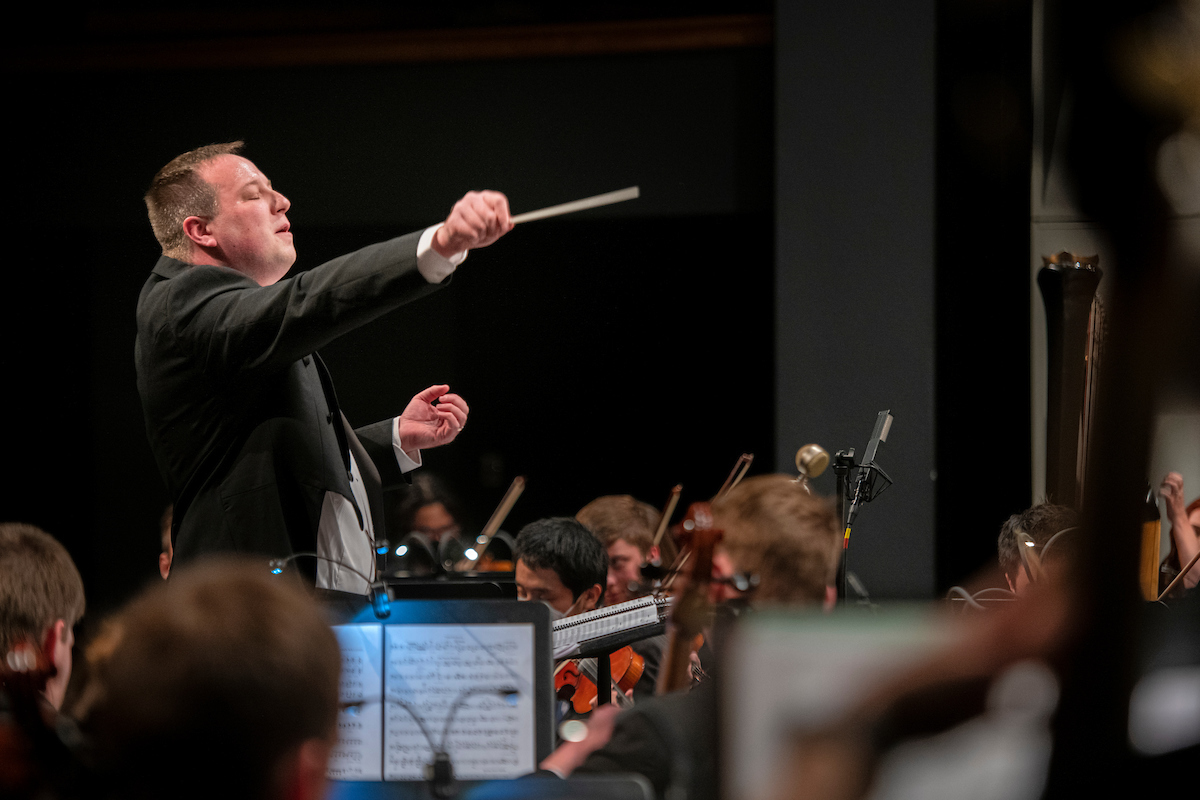 The S&T symphony orchestra performs at the 2022 Spring Concert under the direction of Dr. Kyle Wernke. Michael Pierce/Missouri S&T

Dr. Kyle Wernke’s original composition, “BURST,” has been selected and the winner of the 2022 American Prize in Orchestral Composition, professional division. Wernke is S&T’s orchestra director. He composed “BURST” in September 2017, and it has been performed by orchestras across the globe, including the Tampa Bay Symphony and recorded by Brno Philharmonic, a Czech Republic orchestra.

The American Prize is the most comprehensive series of non-profit competitions in the performing arts designed to recognize and reward the best performing artists, ensembles, conductors, composers and directors in the United States, based on submitted recordings.

On September 7, 2022. Posted in Accomplishments