Roberts finalist for campus safety director of the year 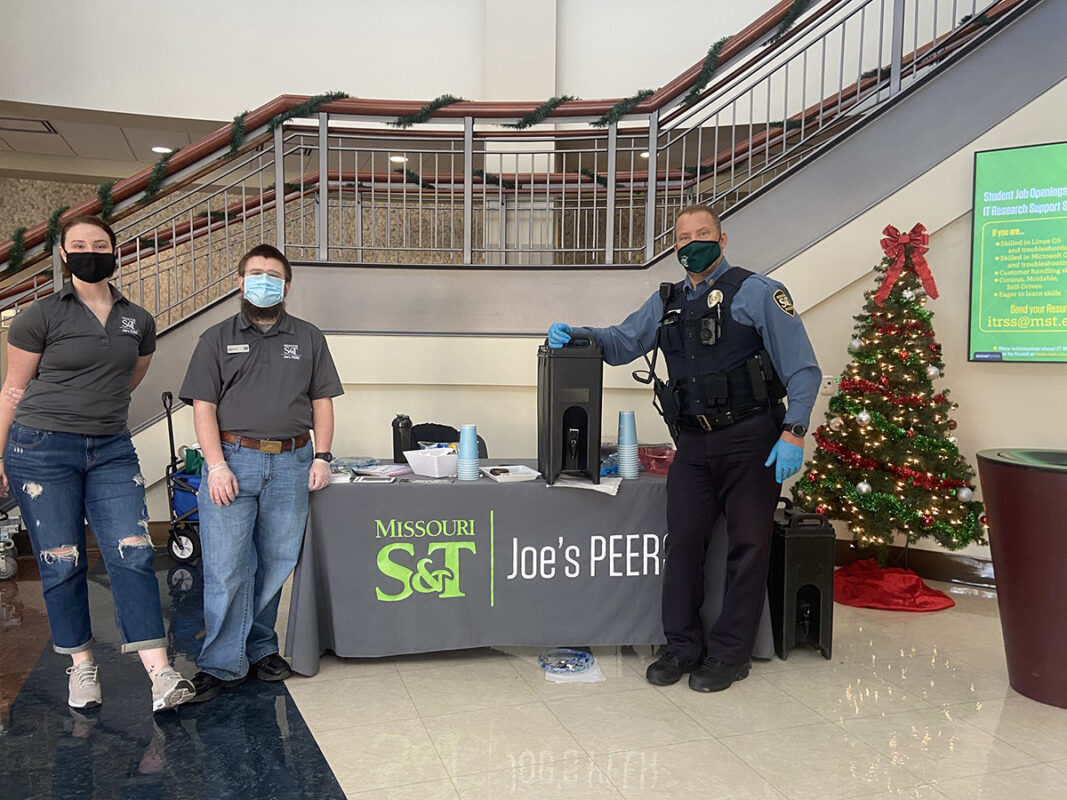 University Police Chief Douglas Roberts, right, poses with students during a “Cocoa with the Popo” event in December 2020. Roberts introduced the event for students to engage with campus law enforcement.

University Police Chief Douglas Roberts has been named one of six national finalists for Campus Safety Director of the Year by CampusSafetyMagazine.com. The winner will be announced in June.

Campus Safety lists some of Roberts’ accomplishments, including hosting meetings during the pandemic with community leaders in Phelps County, installing security cameras on campus and fostering police department engagement with students.

Roberts joined Missouri S&T as chief of University Police in 2016. He previously worked for the U.S. Secret Service since 1991.

On February 1, 2022. Posted in Accomplishments