Posted by Patrick Collins
On November 8, 2021 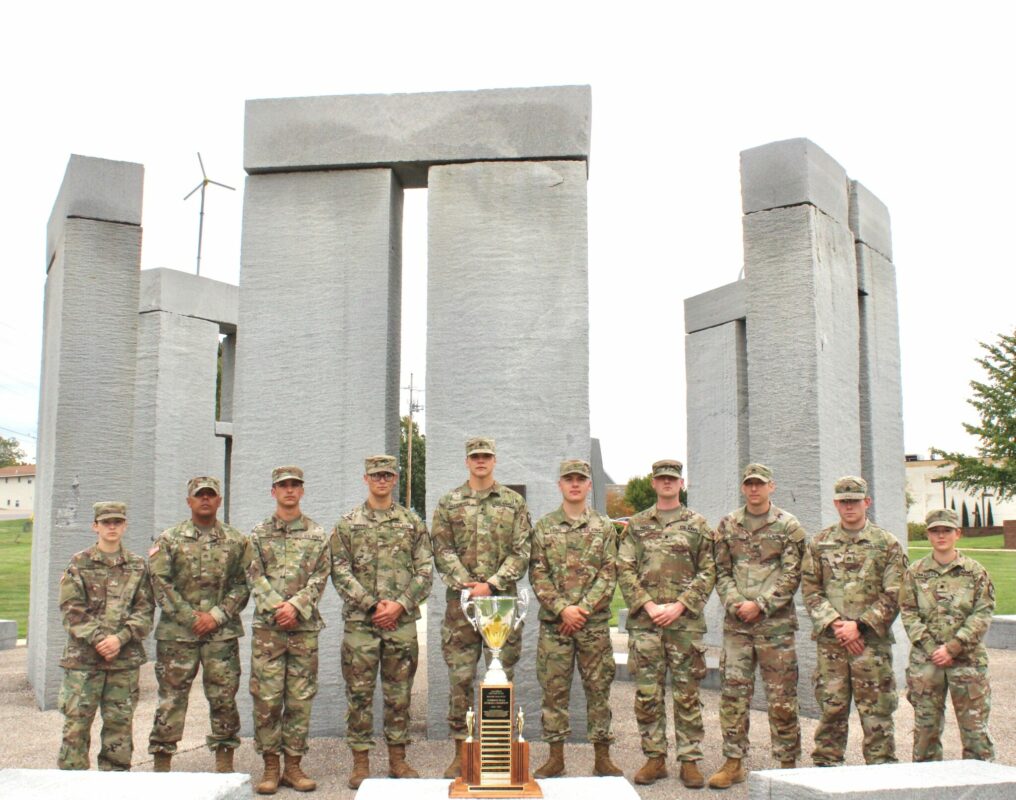 Congratulations to Missouri S&T’s Army ROTC Ranger Challenge team, which placed second in the regional round of what’s considered the varsity sport of Army ROTC. In this round the team demonstrated skills in rifle usage, land navigation, emergency medical treatment, knot tying and employing radio calls for artillery.

The 10-member team, representing the university’s Stonehenge Battalion, will head to the Sandhurst Military Skills Competition at the U.S. Military Academy at West Point, New York, next spring.

On November 8, 2021. Posted in Announcements