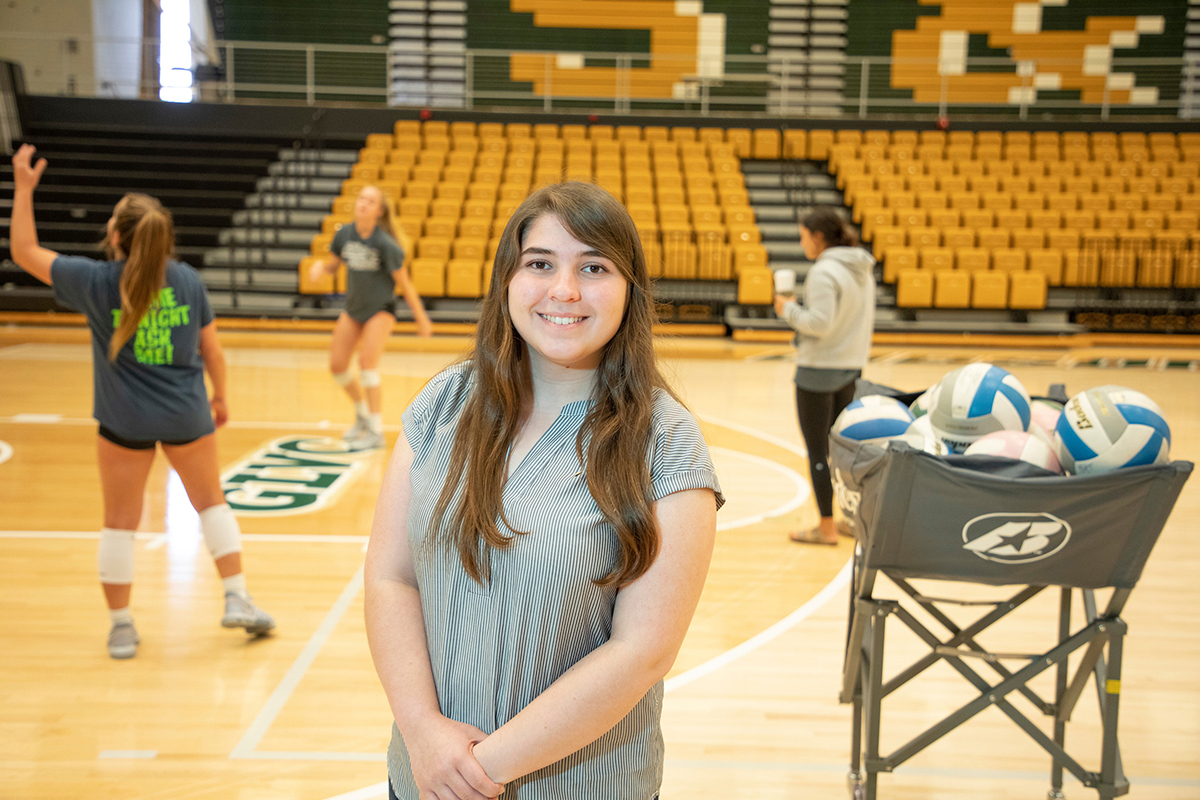 Raelynn Twohy poses at an S&T gym with basketball and volleyball players in the background. Twohy’s student research focuses on how traumatic brain injuries correlate to sports played. Photo taken by Tom Wagner prior to COVID-19 guidelines.

Raelynn Twohy, a senior in biological sciences and psychology from St. Peters, Missouri, has earned Missouri S&T’s Renaissance Student Award for 2021. She received the award May 6 during a virtual ceremony hosted by arts, languages and philosophy.

The award is named for the idea of the “Renaissance” person, someone who excels in multiple intellectual or artistic disciplines. The most famous example is Leonardo Da Vinci, who was a painter, sculptor, musician, mathematician, inventor and writer.

The runner-up for the award is Daniel Johnson, a senior in computer science with a minor in philosophy from St. Louis.