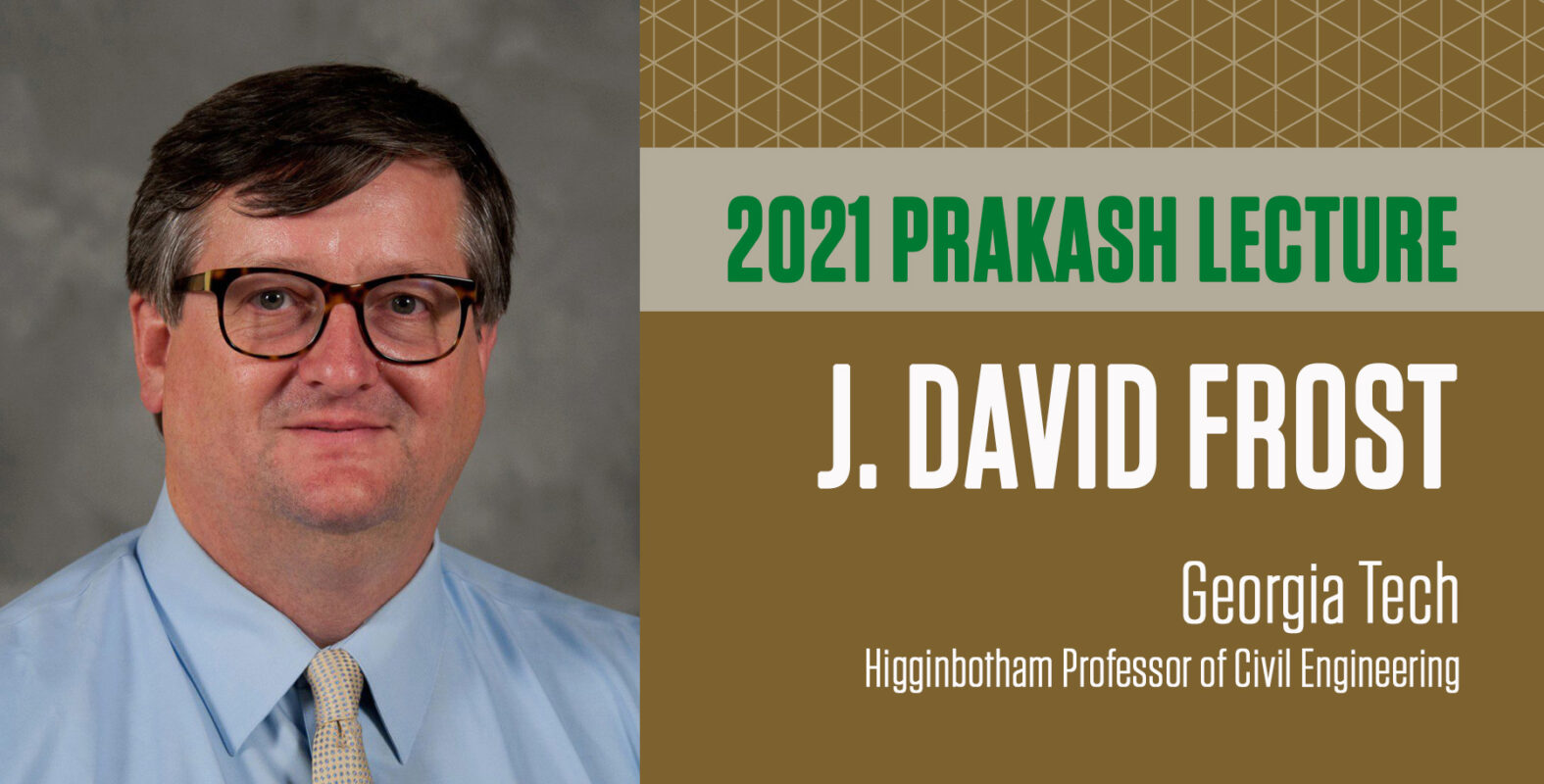 Following major events such as earthquakes, floods, hurricanes, tsunamis, and terrorist activities, significant efforts are made to replace the affected infrastructure systems. Learn about some of these new approaches when Dr. J. David Frost, the 2021 Prakash Lecturer at S&T, presents his talk titled “Considering Nature in Addressing Resilience and Sustainability During Reconstruction” at 2:30 p.m. Wednesday, May 12, via Zoom.

Aside from ensuring functional systems are built, other things like resilience and sustainability often drive some of the reconstruction decisions. With these extreme events becoming more frequent, there are new challenges emerging in bringing about approaches and decisions used in reconstruction.

Frost is the Higginbotham Professor of Civil Engineering at Georgia Institute of Technology. Throughout his career he has focused on the study and analysis of natural and man-made disasters and their effect on infrastructure. His research is focused on developing and implementing digital data collection systems for studying infrastructure problems related to disasters at multiple scales. For more than 25 years, Frost has led NSF supported post-disaster study teams following earthquakes in Chile, China, India, Japan, Turkey and the U.S., as well as at the World Trade Center complex following the 9/11 attacks.

The Shamsher and Sally Prakash Distinguished Lecture Series was established through a gift from Dr. Shamsher Prakash, professor emeritus of civil, architectural and environmental engineering, and his wife, Sally.