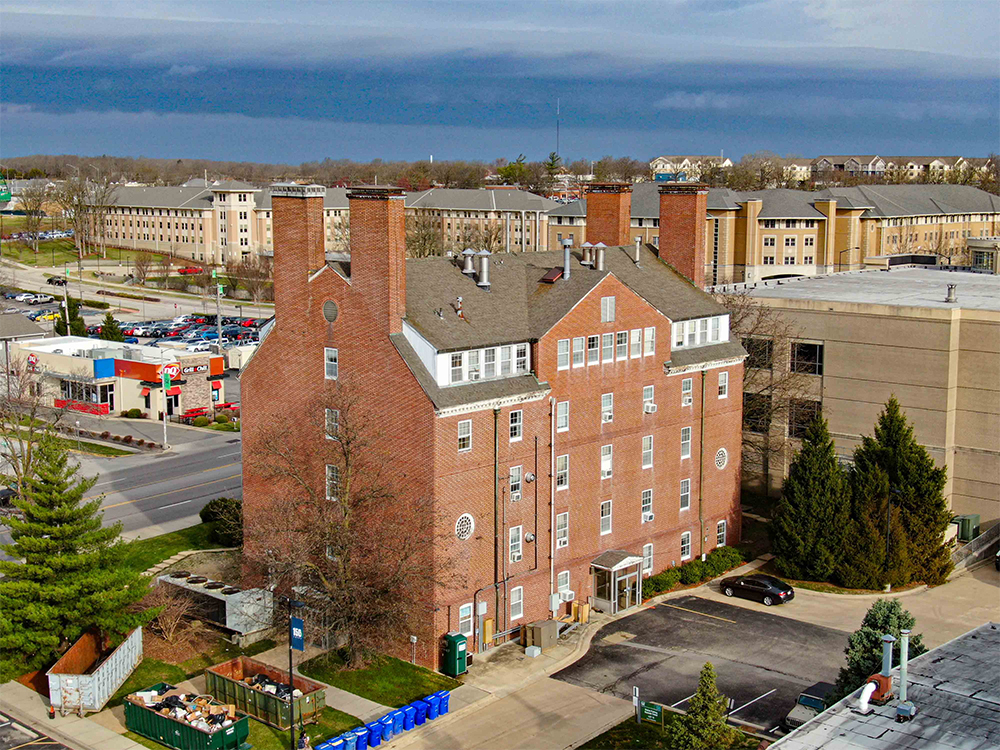 Three former U.S. Bureau of Mines (BOM) buildings on campus are scheduled for demolition beginning in June as part of the university’s plans to develop a new entry to campus and new facilities for students. The three buildings are located south of the Havener Center near the intersection of University Drive and Bishop Avenue.

The draft 2020 Campus Master Plan calls for the demolition of all three BOM buildings to create the new Arrival District, which will provide a formal entrance to Missouri S&T by reconfiguring University Drive from U.S. Interstate 44 into the center of campus. The four-story brick building known as BOM 1 is the largest of the buildings, which was constructed in 1947 and slightly altered to take its current form in 1950. A 2010 facility assessment of BOM 1 classified the building’s condition as poor and cited several physical deficiencies. The university determined that the $7.5 million to $10 million cost to renovate BOM 1 to modern standards was not a viable option. If renovated, the building could only be used as office space.

A new, almost 53,000 square feet facility for student collaboration and creativity will be constructed on the BOM building site. University leaders say the center will be a hub for students to gather, design and build.