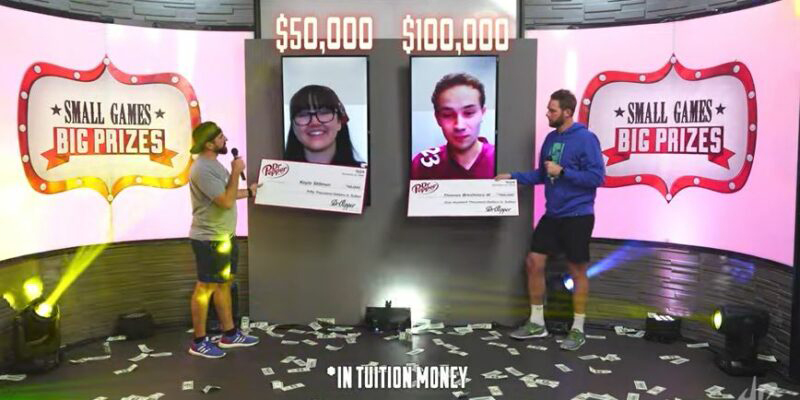 Thomas “Trey” Breshears III, a sophomore in electrical and computer engineering at Missouri S&T, won a $100,000 scholarship through the Dr Pepper 2020 Tuition Giveaway while appearing on the YouTube channel “Dude Perfect.”

Breshears, from Kansas City, Missouri, was featured in the Dude Perfect video published on Dec. 14 titled “Pocket Flame Thrower – OT 21.” In the video, Breshears participated in a trivia contest called “Small Games Big Prizes” with one other college student. He won a $100,000 scholarship through the Dr Pepper 2020 Tuition

The video can be viewed on YouTube, with Breshears first appearing at the 10 minute, 22 second mark.

On January 5, 2021. Posted in Accomplishments