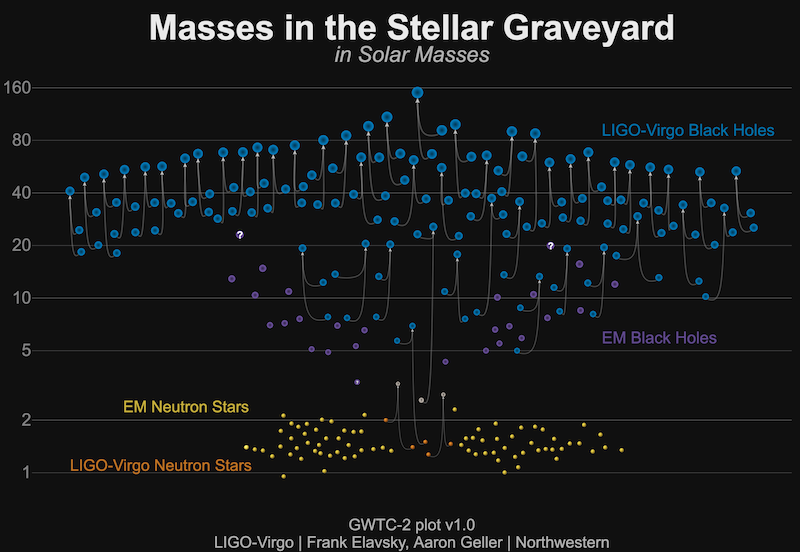 Six researchers from Missouri S&T’s Institute for Multi-messenger Astrophysics and Cosmology are among the authors of an updated catalog of 50 gravitational wave detections released by the Laser Interferometer Gravitational-wave Observatory (LIGO) Scientific Collaboration and the Virgo Collaboration.

The researchers, all in physics, are:

The catalog includes 39 new black hole or neutron star collisions detected from April 1, 2019, to Oct. 1, 2019, in the LIGO/Virgo third observing run, O3a, which more than tripled the detections of the interferometer’s first two observing runs.

The sharp increase in the number of detections was due to significant improvements to the instruments including increased laser power, improved mirrors and the use of quantum squeezing technology. These enhancements resulted in an approximate 60% improvement in the range to which signals can be detected over the range achieved in the previous observing run, O2.

In 2019, Missouri S&T became the state’s only university to join the worldwide LIGO Scientific Collaboration of researchers committed to detecting cosmic gravitational waves. S&T’s astronomical research team contributes to the exploration of the universe with research in gravitational waves, fundamental physics and cosmology.

On November 3, 2020. Posted in Accomplishments