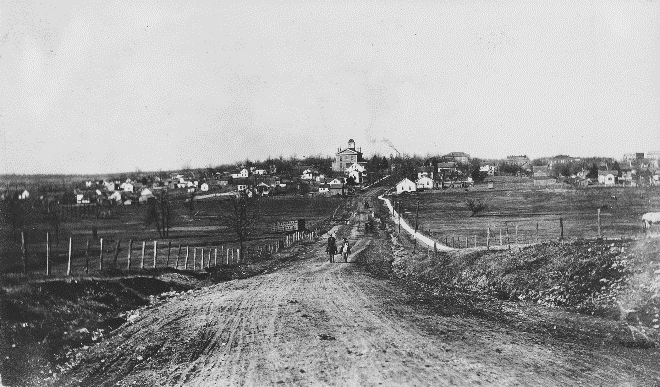 Rolla, Missouri, in 1911. At the turn of the 20th century, the town had fewer than 2,000 residents and no running water. Undaunted, Ladd set out to establish the School of Mines and Metallurgy as a fixture within Missouri’s higher education system. Photo courtesy of Young Collection, Missouri University of Science and Technology Archives.

The State Historical Society of Missouri will host a presentation by Dr. Larry Gragg on George E. Ladd, the strong-willed, Harvard-educated director of Missouri S&T at the turn of the 20th century. Gragg will give his presentation, titled “‘From the Hell’s Brew of Malice, Hatred, and Vindictiveness’: The 1906 Investigation of George E. Ladd, Director of the Missouri School of Mines and Metallurgy” at 1 p.m. Tuesday, Oct. 20. The Zoom presentation is free, but attendees must register online.

Gragg is a Curators’ Distinguished Teaching Professor emeritus of history and political science at S&T.

Ladd was the sixth director of MSM, and although Gragg describes him as arrogant, he was also an effective leader who took the school to the next level academically and with brick and mortar additions to the campus.

In his talk, Gragg will explore how Ladd’s determination to transform MSM into a first-rate technological institution created powerful enemies that led to a contentious investigation. He discusses why he chose to delve deeply into this particular incident while also putting it within the broader context of his research on the school and its history for his newly released book Forged in Gold: Missouri S&T’s First 150 Years.