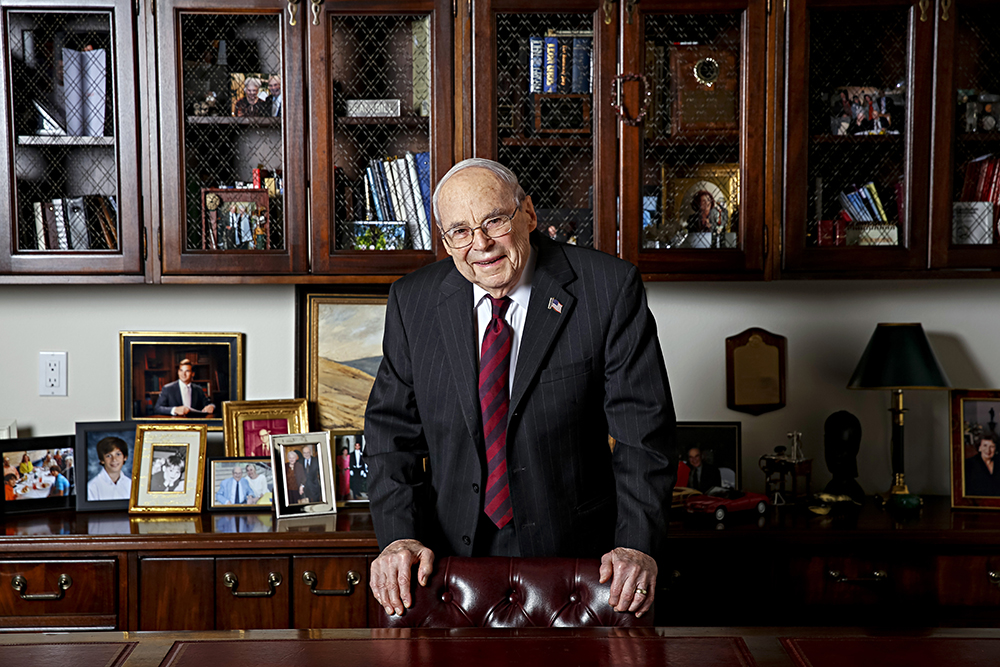 Bob Brackbill photographed at his home on June 4, 2016, in Dallas. Photo by Gerald J. McCarthy

Robert Marshall Brackbill, trustee emeritus and past president of the Miner Alumni Association, died May 15 at age 100.

Brackbill earned a bachelor’s degree in mining engineering from S&T in 1942. He loved Rolla and was a strong supporter of the university and the Sigma Nu fraternity throughout his life.

In addition to S&T’s Board of Trustees and alumni association, Brackbill was a member of the Academy of Mines and Metallurgy. In 1983, Missouri S&T honored him with an honorary Doctor of Engineering, at which time he also delivered the commencement address.

One of his greatest joys was reading letters from recipients of the scholarship he and his late wife, Cay, established at S&T. In 2016, he was named one of Missouri S&T’s Alumni of Influence in gratitude for his contributions to the oil and gas industry and the university.