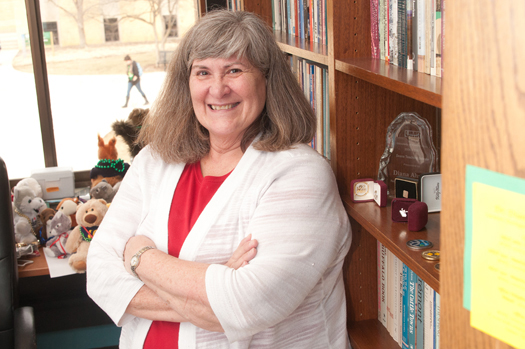 Dr. Diana Ahmad talked about the Oregon Trail and animals with approximately 70 third grade students on Feb. 7 at Truman Elementary School in Rolla. They asked Ahmad several questions and were attentive and engaged in the topic.

Ahmad is a Curators’ Distinguished Teaching Professor of history and political science. She was selected for the inaugural Presidential Engagement Fellows cohort in 2018-19. The fellows represent the University of Missouri System at speaking events throughout the state.

Ahmad joined S&T’s faculty in 2000. She specializes in the history of the American West, environmental history and history of the American Pacific. Ahmad earned her Ph.D. in 1997 at the University of Missouri-Columbia after spending nearly nine years teaching for the University of Maryland’s Asian Division in Japan, Korea, Guam and the Republic of the Marshall Islands.