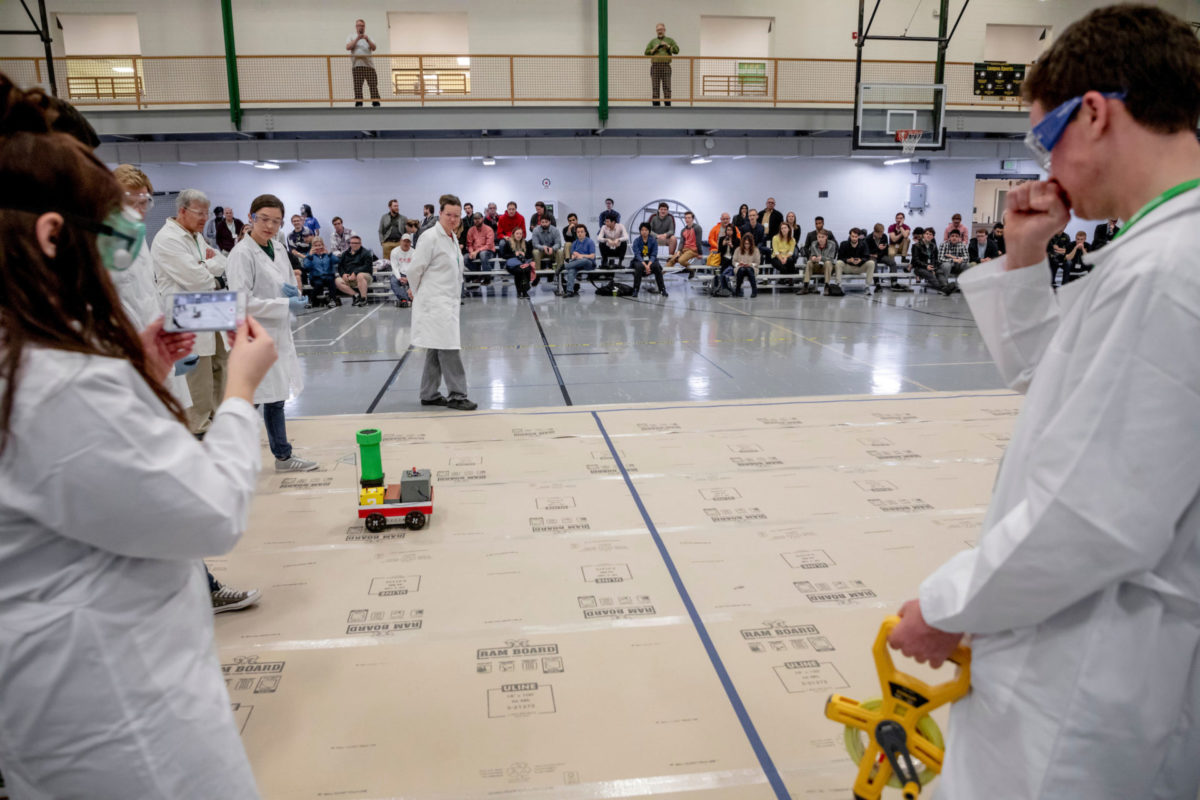 Students compete in the regional Chem-E-Car competition in April, which was hosted by Missouri S&T. Tom Wagner/Missouri S&T

Missouri S&T’s Chem-E-Car Design Team’s entry into the American Institute of Chemical Engineers (AIChE) competition earned second place out of 44 competitors from award the world. The event is a part of the annual AIChE Student Conference, held in Orlando, Florida, in November.

S&T’s car, named “Glo-Kart,” was powered by a six-cell lead-acid battery and was stopped by using a chemical reaction.

Teams had to qualify to participate in the international contest by earning a high finish at a regional competition, which challenged students to design and construct cars powered by a chemical energy source that can safely carry a specified load over a given distance and then stop.

On December 3, 2019. Posted in Accomplishments