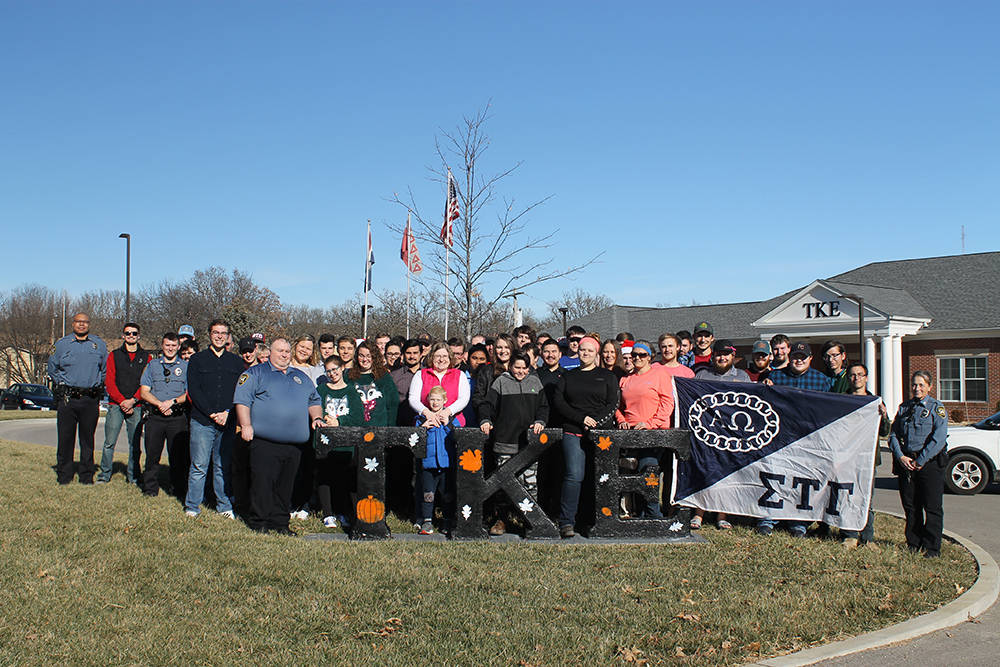 Santa had a little help this year from two S&T fraternities and University Police. Members of the Tau Kappa Epsilon and Sigma Tau Gamma fraternities and police officers joined forces and adopted two local families for the holidays.

The group raised $1,400, and purchased gifts for the children and gift cards for the parents. The families, fraternity members and police officers gathered at the TKE house on Dec. 7 for a holiday meal together and presented the gifts to the two families.

Lt. Oscar Kemp, assistant chief of police at S&T, thanks everyone who helped bring a little magic to families in need.

He thanks everyone who made contributions, including: