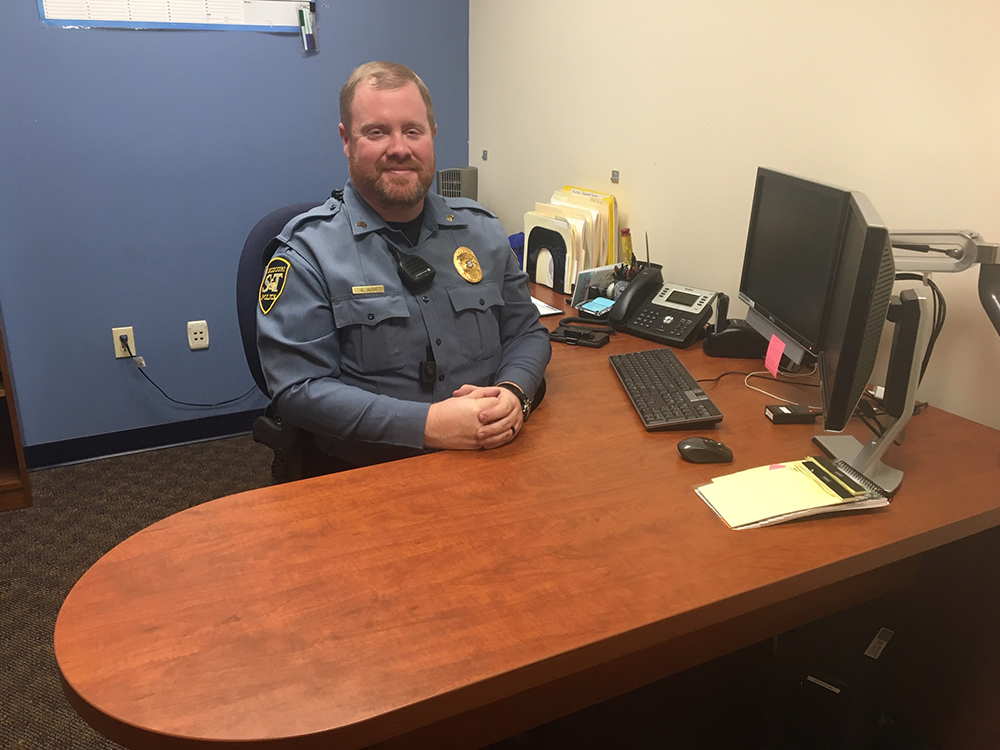 When Sgt. Brandon Guth joined the Missouri S&T University Police force in 2011, he brought his training as an emergency medical technician with him. He remains licensed as an EMT and keeps a paramedic bag in his patrol vehicle. He routinely trains others on CPR, including fellow officers, students, staff and faculty.

And Brandon practices what he teaches. He has twice saved people’s lives by using CPR, including a baby at a local gas station in 2013 and an S&T student in 2017.

He also teaches first aid and tourniquet training. He sees it as a way to help people – which is why he became a police officer.

“I love the sense of community on campus, knowing so many people,” Brandon says. “Our police department’s relationship with the Rolla Police Department, Phelps County Sherriff’s Department and Missouri State Highway Patrol is really amazing. We all get along really well.”

Brandon and fellow officers answer service calls and patrol the campus. He says the most common calls they get are to unlock building and car doors or jumpstart vehicles. When patrolling campus, officers have an extra set of eyes, with security cameras that can help identify suspicious activity. The cameras are monitored 24/7.

In addition to officers and support staff, the department employs campus service officers (CSOs), who are students that assist on a part-time basis. Brandon says he enjoys getting to know the student workers, seeing them grow and ultimately graduate from S&T.

“The ultimate goal of our university is graduating students, Brandon says. “I recommend that everyone, at least once in their career, watches a graduation ceremony.”

Brandon at a glance

Most proud of: teaching CPR to students, faculty and staff

People are surprised to learn: Brandon played the trombone in his high school marching band.

Favorite S&T memory: When she was almost 1, Brandon and Rachel took a picture of Morgan by the tulips outside the Campus Support Facility on State Street. Thus began a family tradition and every year since, they have brought Morgan to campus when the tulips are blooming for a picture in the same location.

ABOUT THE STAFF SPOTLIGHT