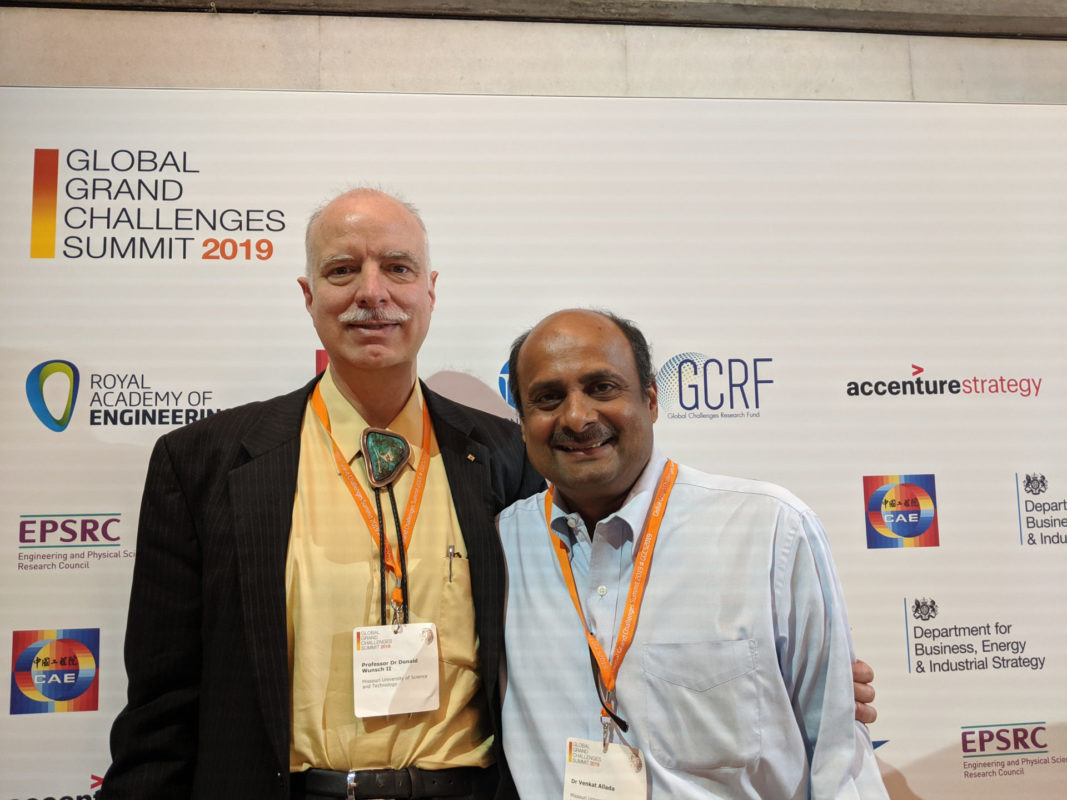 Dr. Venkata Allada and Dr. Donald Wunsch represented Missouri S&T at the Global Grand Challenges Summit at Queen Elizabeth Hall in London in September. They were invited to attend on behalf of the National Academies of Science and Engineering of the United States.

On October 1, 2019. Posted in Accomplishments