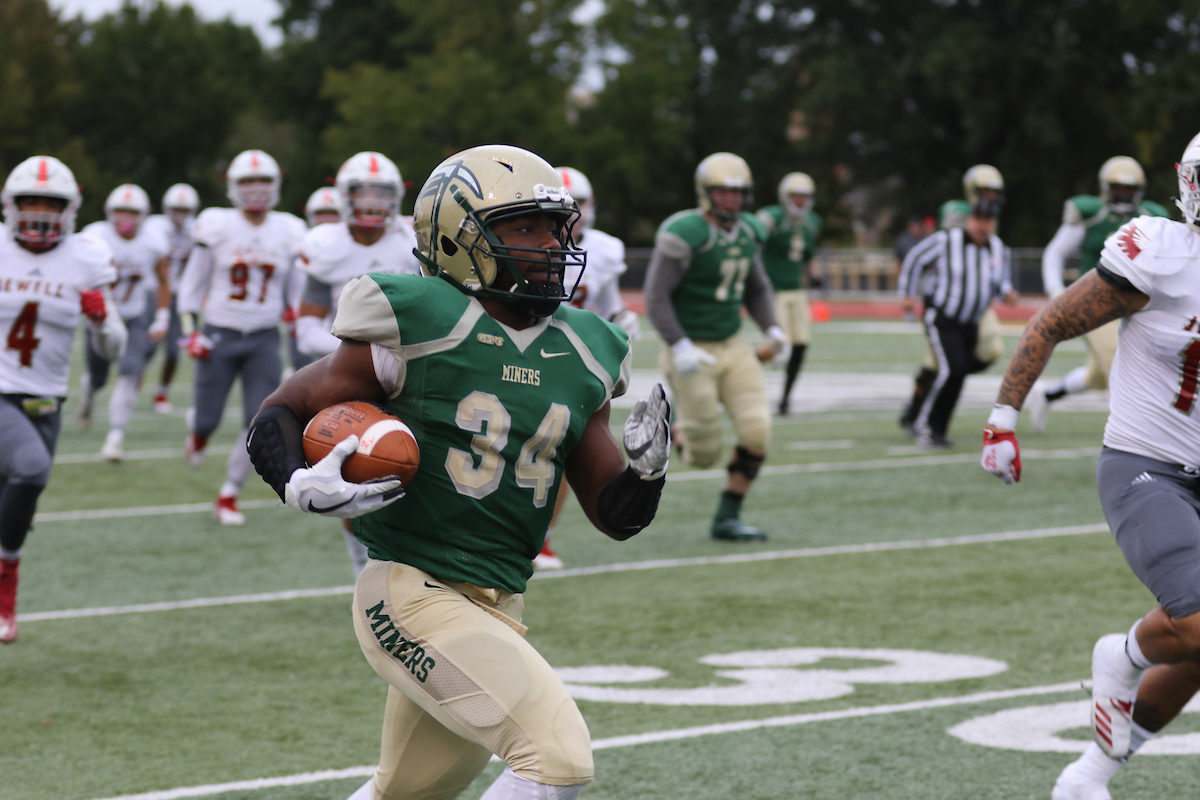 Deshawn Jones, above, and the Miners will open their home football schedule at 7 p.m. Saturday, Sept. 14, against Azusa Pacific at Allgood-Bailey Stadium. Bring your S&T faculty or staff ID and get free admission to the game.