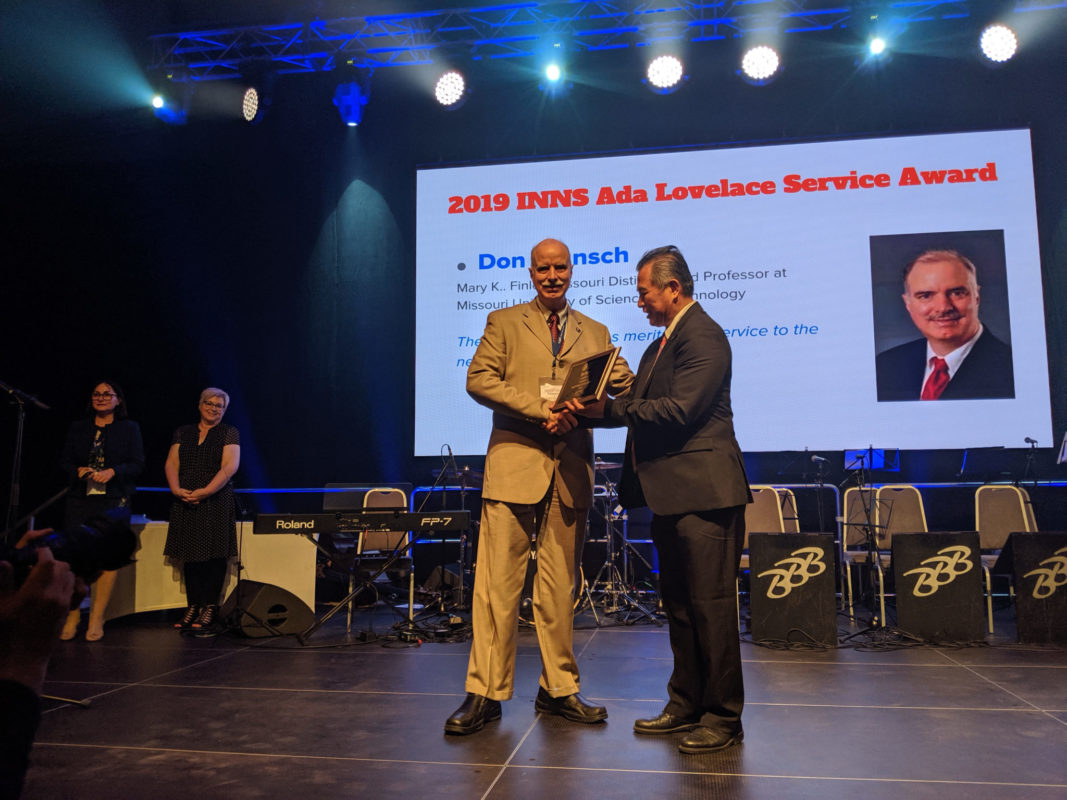 Wunsch is the Mary K. Finley Missouri Distinguished Professor and director of S&T’s Applied Computational Intelligence Laboratory. He is a professor of electrical and computer engineering with courtesy appointments in computer science, systems engineering and engineering management.

Wunsch has been a member of the INNS since it was founded in 1987. He is a fellow of the society, has served as general chair for its flagship conference, named the IEEE / INNS International Joint Conference on Neural Networks. He has served as a member of the INNS Board of Governors, as well as president and chair of its college of fellows. He has also served on many ad hoc committees and as an advisor to several society presidents.

On August 6, 2019. Posted in Accomplishments, Announcements