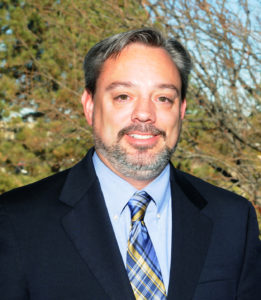 “I am grateful for Tim’s willingness to serve in this role during a time of significant enrollment and budgetary challenges,” says Dr. Robert Marley, vice provost and executive chancellor for academic affairs at S&T. “His strong leadership has helped us attract a more diverse student body, in terms of ethnicity, gender and academic major, during his tenure in enrollment management. I thank him for his service.”

“Paul Orscheln has a deep understanding of and a commitment to strategic enrollment management both in theory and in practice,” Marley says. “His track record shows strong enrollment growth at each institution he has served, and I’m certain he will demonstrate continued success here. I am very pleased to welcome him to Missouri S&T.”

“I am both honored and humbled to be selected for the vice provost for enrollment management at Missouri S&T,” Orscheln says. “The institution is second to none in academic quality, as well as in the quality of its faculty, staff and students. I’m excited to be joining the team to help build upon the success of those who have come before me.”

From 2013 to 2016, Orscheln served as vice president for student services and enrollment management at Colorado State University-Pueblo. During his time in Colorado, the university saw substantial increases in freshman and transfer enrollment as well as a 42% increase in the prospective student inquiry pool.
Before joining Colorado State University-Pueblo, Orscheln held leadership positions in enrollment management at Northern Kentucky University and Northern Arizona University. He began his career as an academic advisor at his alma mater, the University of Central Missouri, where he held positions of increasing responsibility until 2003, when he was named chief admissions officer and director of admissions.