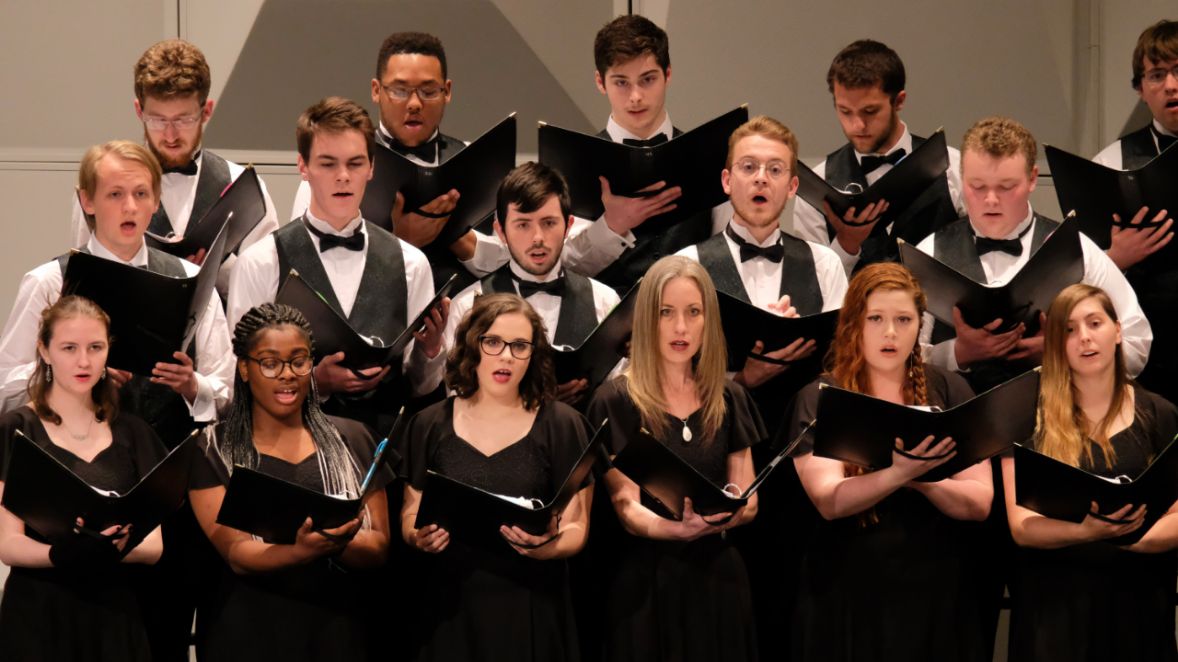 Missouri S&T’s arts, languages, and philosophy department will present a spring choir concert on Sunday, May 5, in Leach Theatre.

The concert will begin at 2 pm and include both jazz and pop songs. Jazz songs include Irving Gordon’s “Unforgettable,” “Sister Sadie” by Horace Silver, Bobby Troup’s “Route 66” and more. The university choir and chamber choirs will combine to perform pop songs such as Kimberly Rew’s “Walking on Sunshine,” “Hold Back the River” by Iain Archer and James Bay, and “Shut Up and Dance” made famous by the band Walk The Moon. The concert will also feature Missouri S&T students Henry Waggoner on the drums, dancing choreographed by Leanne Bissinger, and vocal solos by Dani Baker, Victoria Kramer, and John Beckwith. Lorie Francis, associate teaching professor of music at Missouri S&T, directs the ensembles.

Tickets are $5 for the public and free to youth, ages 18 and under, and Missouri S&T students with a valid ID. Tickets can be purchased 10 a.m. to 4 p.m. Monday through Friday from the Leach Theatre Box Office or by calling 573-341-4219.