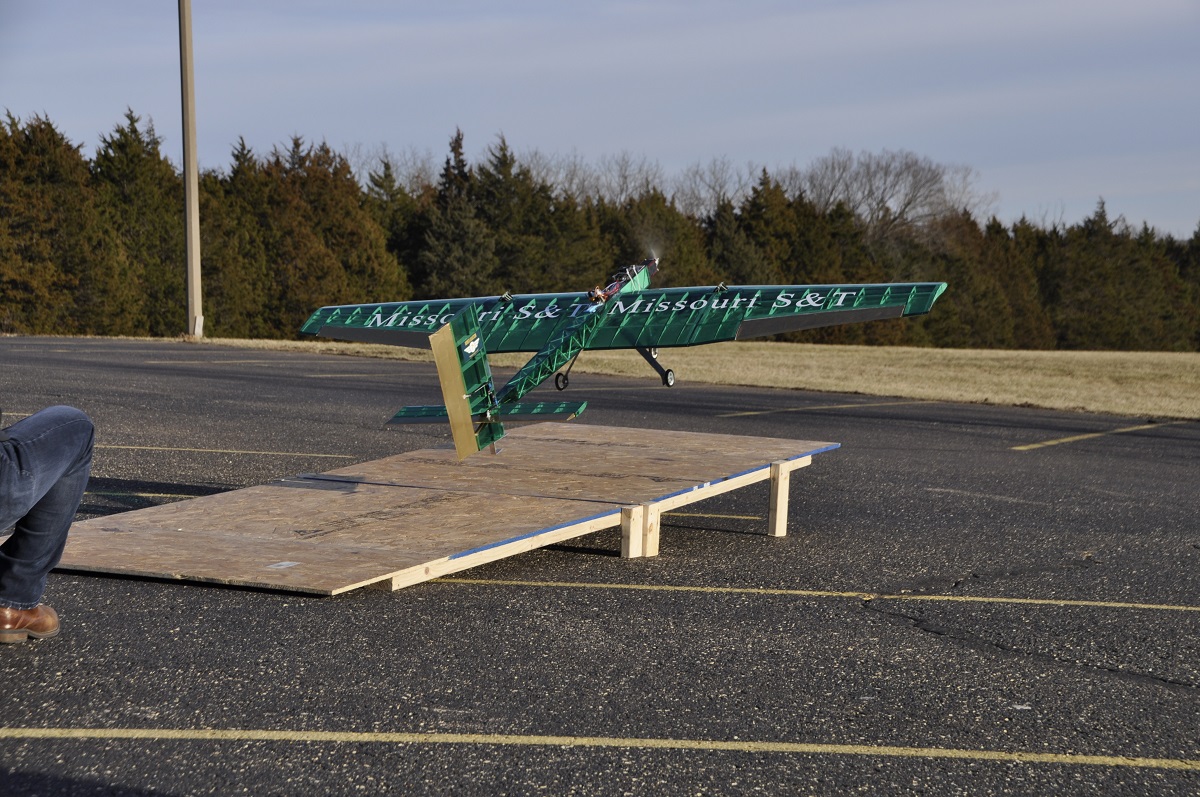 “The competition design requirements and challenges change every year — very similar to FIRST Robotics but with planes,” says Chandler Cairatti, a junior in mechanical engineering. “This year, we had to design an aircraft, the Dragonfly, that is very similar to an aircraft carrier jet. The aircraft must fit within a 3-foot-wide by 2-foot-high box while also being capable of taking off from a 10-foot, five degree ramp without touching the ground. This meant designing a folding wing aircraft capable of ‘heavy’ lift while also being extremely lightweight.”