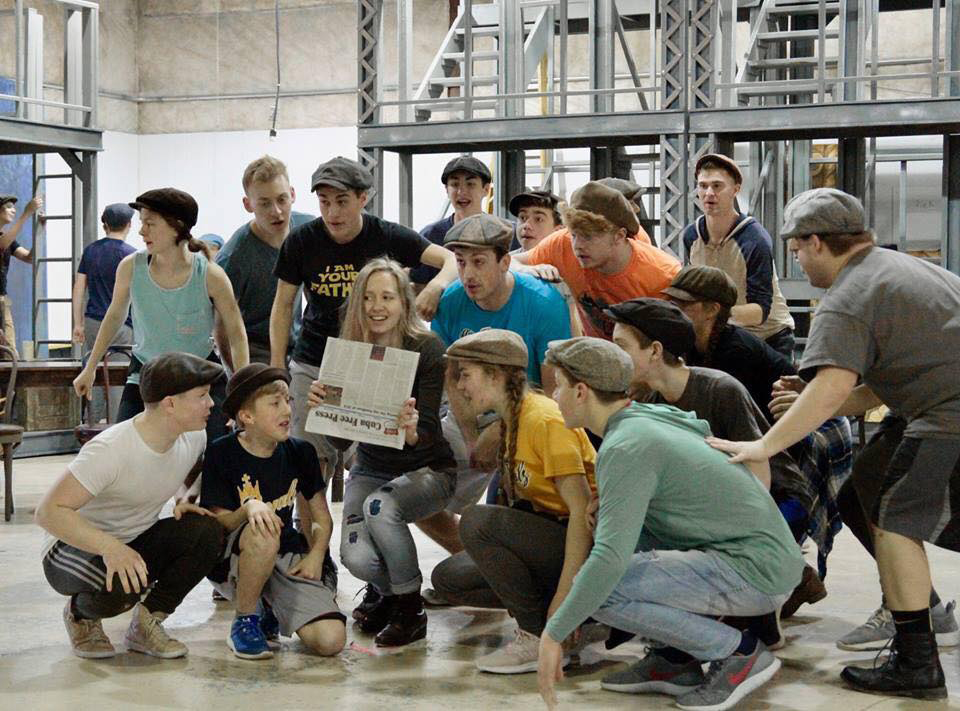 The Broadway musical Newsies is coming to Leach Theatre, with 23 individuals who are affiliated with Missouri S&T performing in the cast or orchestra. Show times are 7 p.m. nightly March 28-30, April 1-2, and April 4-6. A matinee will be held at 2 p.m. Saturday, March 30.

The Fine Linen Theatre performance is about the Newboys strike of 1899. The true story of the strike revolves around a youth-led campaign to force change in the way that Joseph Pulitzer and William Randolph Hearst’s newspapers compensated their child labor force. The strike involved thousands of “newsies” and was successful in forcing the World and Journal to offer full buy-backs to their sellers, thus increasing the amount of money that newsies received for their work.

Fine Linen’s production includes 52 cast members on stage, 13 musicians in the pit orchestra, and a team of technicians and crew.