Happily ever after? Talk to focus on Russian fairy tales 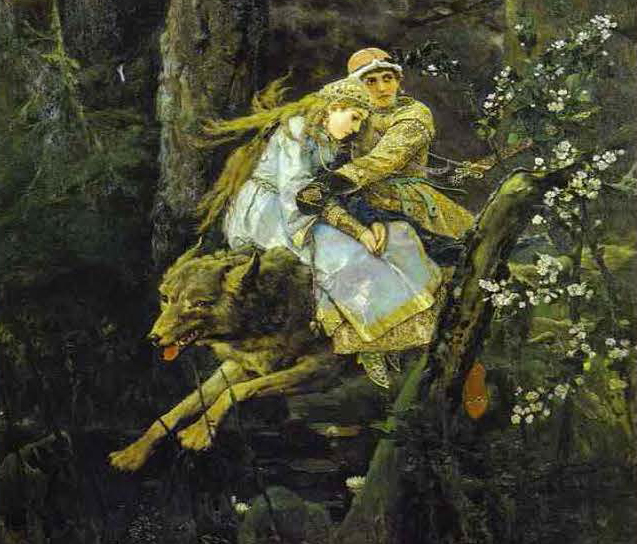 Portion of a painting, Ivan Tsarevich Riding the Grey Wolf, by Victor Vasnetsov, 1889

Dr. Irina V. Ivliyeva, professor of arts languages and philosophy, will present the next Research on Tap lecture at 6 p.m. Wednesday, Feb. 13, in the loft of Public House Brewing Co. in Rolla. Her talk is titled “The Formula for Happiness in Russian Fairy Tales.”

Regardless of their culture, many people have a special place in their heart for fairy tales from their childhood. Focusing on discovering the secret of happiness, rather than on the recipe for success, Russian fairy tales show how an average (undereducated, weak or disadvantaged) person overcomes all obstacles to “live happily ever after to a ripe old age.” After a brief review of the history of Russian oral tradition, which was influenced by a unique blend of Christian and Pagan beliefs, Ivliyeva will present the most famous Russian fairy tale collections, discuss their educational nature, and examine the social and psychological values they reflect. Examples include the use of magic numbers and patterns, symbolic colors, fixed epithets, transformation and the role of animals.

Ivliyeva, a professor of Russian, has taught at Missouri S&T since 1997. She holds a Ph.D. degree from the Russian Academy of Sciences and a master’s degree from the Moscow State University. Before coming to S&T, Ivliyeva taught in Maryland, Hungary and Russia.

On February 7, 2019. Posted in Announcements