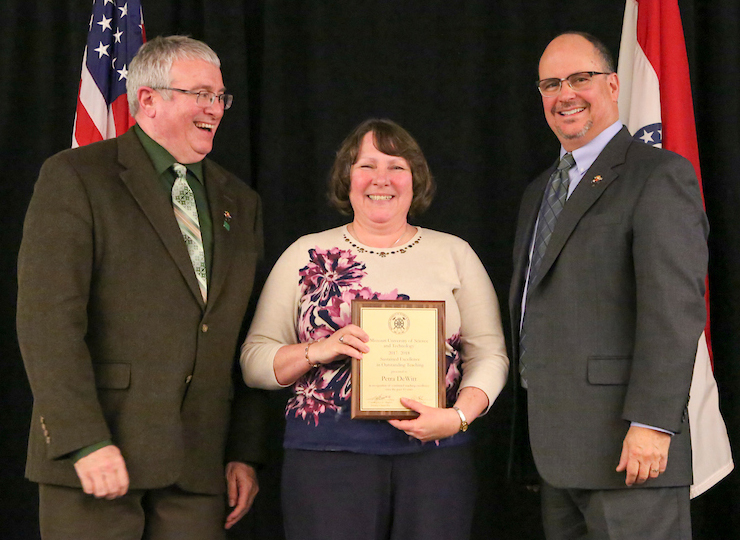 A $500 monetary gift accompanies the honor and is funded through the Class of 1937 Faculty Excellence Endowment Fund. The award had not been announced previously and was a surprise to both the honorees and banquet attendees.