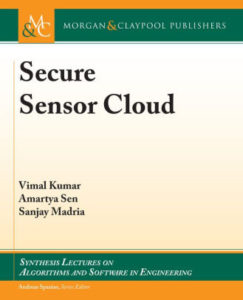 The book, published by Morgan & Claypool Publishers in December 2018, covers eight years of research work funded by agencies such as the Army Research Laboratory, the Army Research Office, the National Science Foundation and the National Institute of Standards and Technology. The book is available from the publisher’s website as well as Amazon and Barnes & Noble sites.