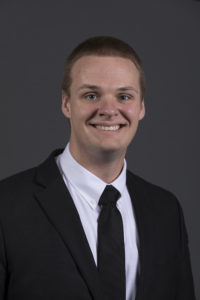 Missouri Gov. Mike Parson has appointed Avery Welker of Perryville, Missouri, a Ph.D. student in petroleum engineering at S&T, to serve as the student representative to the University of Missouri Board of Curators, the governing board for the four-campus university system.

Welker earned a bachelor of science degree in petroleum engineering from Missouri S&T in 2016. He also earned an associate’s degree in science and mathematics through the Missouri Academy of Science, Mathematics and Computing at Northwest Missouri State University in Maryville, Missouri, in 2013, when he also graduated from Perryville High School. Read more.