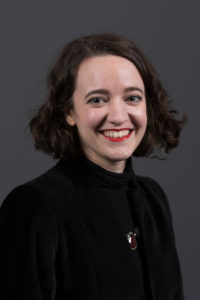 Dr. Amy Belfi now leads a national organization, Graduate Women in Science. She was inducted as president during the organization’s annual conference in Iowa City June 16.

Belfi is an assistant professor of psychological science at S&T. Her research focuses on how music influences our thoughts, emotions, feelings and behaviors. She has previously served as the founding president of the GWIS Iowa City Chapter, the organization’s national public relations committee chair and national vice president.

The non-profit organization was founded in 1921 to build a global community to inspire, support, recognize and inspire women in science, technology, engineering and mathematics.