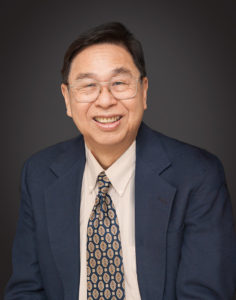 Dr. Ju-Chang “Howard” Huang, professor emeritus of civil engineering and former director of the Environmental Research Center, died on Jan. 16, 2018, in Hong Kong. A memorial service for Huang will be held at 10:30 a.m. Saturday, June 23, with visitation beginning at 10 a.m., at Rolla Bible Church at 1801 E. 10th Street. The service will be followed by interment at Ozark Hills Memorial Gardens at 12110 Hwy 63 in Rolla.

Huang joined Missouri S&T’s faculty in 1967 and served until 1992. He earned a bachelor of science degree in civil engineering from the National Taiwan University, and master of science and Ph.D. degrees in environmental health engineering from the University of Texas at Austin. In 1972, he received the American Society for Engineering Education’s Ford Foundation Resident Fellow Award. Huang was an expert in wastewater cleanup and treatment, and was a founding member of the Overseas Chinese Environmental Engineers and Scientists Association.

In 1993, Huang was invited to begin an environmental engineering program at the Hong Kong University of Science and Technology, where he was a professor and researcher until the official end of his career in 2006. However, he remained passionate about the field of environmental engineering, and continued to conduct research and provide consultations until the end of his life.