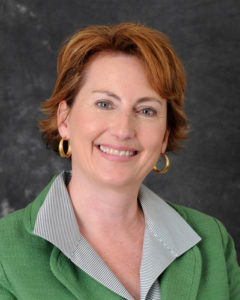 American Mothers Inc. named Joan Nesbitt Missouri Mother of the Year. Nesbitt is the vice chancellor for University Advancement at S&T. Along with honorees from each state, District of Columbia and Puerto Rico, Nesbitt will be honored at the American Mothers National Convention April 22-24 in Washington, D.C.

Nesbitt was recently featured in a Rolla Daily News article about the honor. She and her husband, Doug, are the parents of one daughter, Kate, 25, and one son, Parker, 22.

American Mothers Inc. was established as a Mothers Committee in 1931 when Eleanor Roosevelt announced the formation of a nationwide program for the better observance of Mother’s Day. The organization has honored women with mother-of-the-year awards since 1935.