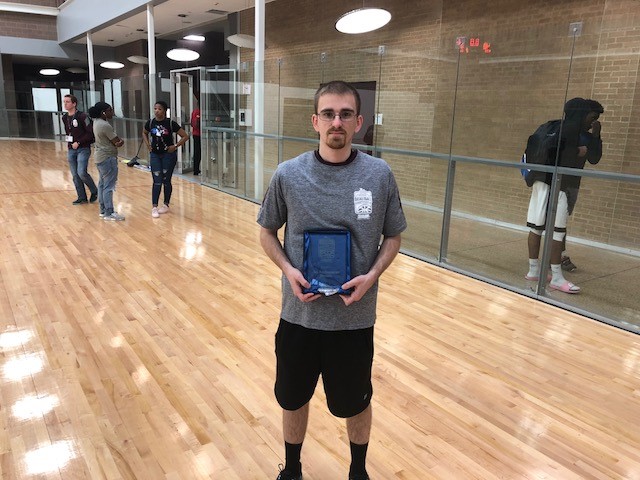 Tyler Lamb, a senior in aerospace engineering, is one of four students selected as all-tournament officials at the Region IV NIRSA Basketball Tournament at Texas A&M in March. NIRSA was formerly an abbreviation for National Intramural-Recreational Sports Association.

At the tournament in March, 54 men’s and women’s intramural teams from universities in Texas, Louisiana and Missouri competed. Two of the 36 officials were S&T students. Brendan Keuss, a senior in chemical engineering, officiated a women’s quarterfinal game.