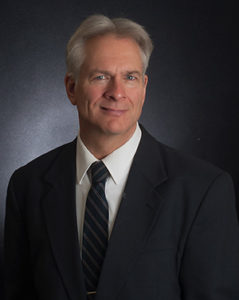 Dr. Dave Riggins, Curators’ Distinguished Teaching Professor of aerospace engineering, was recently elected Associate Fellow of AIAA (American Institute of Aeronautics and Astronautics). He was recognized in January at the 2018 AIAA Sci-Tech Conference in Kissimmee, Florida.

Riggins has worked in the field of hypersonic atmospheric flight and high-speed propulsion systems for over thirty years. He has worked extensively in conjunction with hypersonic flight test demonstrator programs and with numerous analysis programs and activities with industry, NASA and the Department of Defense.

Riggins has served in several capacities in AIAA and the Joint Army Navy NASA Air Force (JANNAF) professional and educational forums, including as associate editor of AIAA’s Journal of Propulsion and Power and as a member of AIAA technical committees. He has authored or co-authored more than 30 journal articles and book chapters in the field of hypersonic propulsion and flight, and is a leading authority on the second law analysis and characterization of high-speed aerospace vehicles.