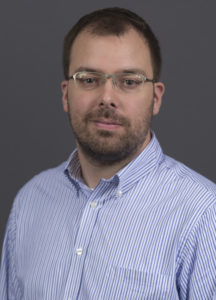 Two plays by Taylor Gruenloh, lecturer in arts, languages and philosophy, have upcoming premieres this spring. The plays and venues are: