WWI expert to speak at Research on Tap 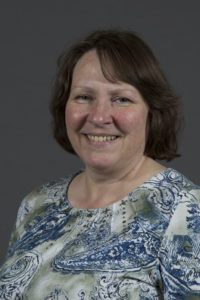 Join the College of Arts, Sciences, and Business for the next Research on Tap lecture at 4:30 p.m. Wednesday, Jan. 24, on the second-floor loft of Public House Brewing Co. in Rolla. Dr. Petra DeWitt, an assistant professor of history, will present “Courage, Duty, Patriotism: The Missouri Home Guard during the Great War.”

The Missouri Home Guard was a volunteer organization during World War I that took over the duties of the National Guard, which was federalized and sent “over there.” The Home Guard served on the home front by protecting war-related production, maintaining law and order during strikes, and encouraging a pro-war sentiment among citizens. Service in the Home Guard gave men of all economic, religious and ethnic backgrounds the opportunity to express their patriotism during a time when anti-German sentiment and the Espionage Act required public conformity.

An S&T alumna with a bachelor’s degree in history, DeWitt has taught at Missouri S&T since 2003. Her research interest is the U.S. home front during World War I, specifically the experience of German-Americans. Her book, Degrees of Allegiance: Harassment and Loyalty in Missouri’s German-American Community during World War I, was published in 2012. She is working on her current book project, The Home Guard, which she hopes to complete this summer.